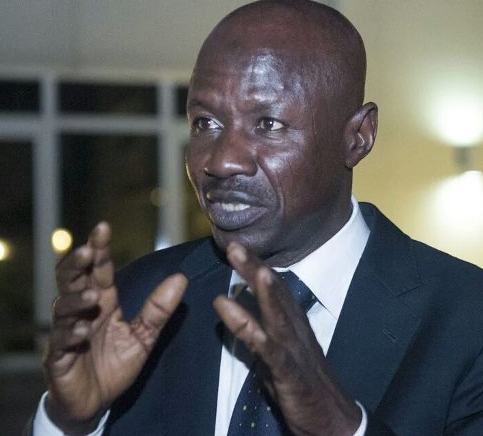 Ibrahim Magu, acting chairman of the Economic and Financial Crimes Commission, EFCC, has disclosed that aid agencies operating in the troubled North East region of Nigeria are under surveillance for money laundering.

Lawrence Iwodi, the head of operations of the commission in Maiduguri, made the disclosure on Magu's behalf, at a meeting with the Major General Olusegun Adeniyi, the Theatre Commander of the Operation Lafiya Dole of the Nigerian Army.

He said the surveillance was aimed at checking terrorist financing in the zone. He said the Commission has been keeping an eye on the activities of persons and groups serving as humanitarian or aid workers within this region.

“We have successfully compiled the list of all the Non- governmental organisations operating in Borno and Yobe States; also their financial activities are monitored by the EFCC, especially on the movement of cash”, he said.

According to him, the EFCC has been monitoring undeclared cash above N1million (One Million Naira), by individuals and organisations in Borno and Yobe states, adding that the Federal Airport Authority of Nigeria,FAAN has also ensured that such cash movements are reported. “We made it mandatory for any person or group moving cash especially in areas seriously affected by the insurgency to notify the EFCC”, he stated.

Magu told Major General Adeniyi, to ensure that organizations moving cash in the Northeast secure clearance from the EFCC. He then commended the army for the efforts in ending the insurgency war in the zone.
Tags
NEWS