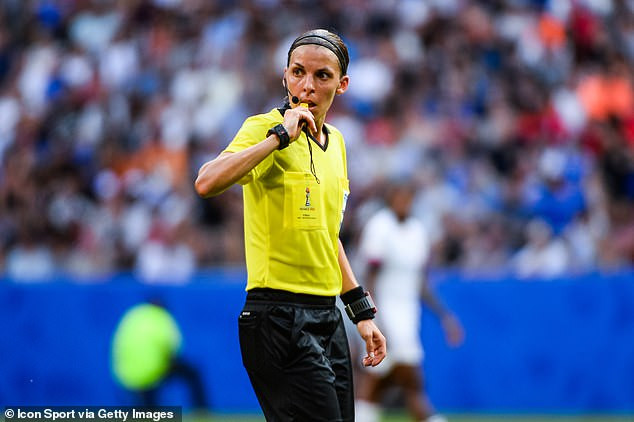 UEFA has announced that Stephanie Frappart will become the first woman in history to referee a high-profile men's football clash in one of its competitions.

Stephanie Frappart from France has been appointed to take charge of Chelsea vs Liverpool game in the European Super Cup final on August 14, 2019, at Besiktas Park in Istanbul.
She will be accompanied by Manuela Nicolosi of France and Michelle O'Neal from the Republic of Ireland who will be the assistant referees for the match. The fourth official will be Turkey's Cuneyt Cakir.
UEFA President Aleksander Ceferin in a statement on Friday, August 2, 2019, said: 'I have said on many occasions that the potential for women's football has no limits and I am delighted that Stephanie Frappart has been appointed to officiate at this year's UEFA Super Cup along with assistant referees Manuela Nicolosi and Michelle O'Neal.
As an organisation, we place the utmost importance on the development of women's football in all areas. I hope the skill and devotion that Stephanie has shown throughout her career to reach this level will provide inspiration to millions of girls and women around Europe and show them there should be no barriers in order to reach one's dream.'
Tags
SPORTS