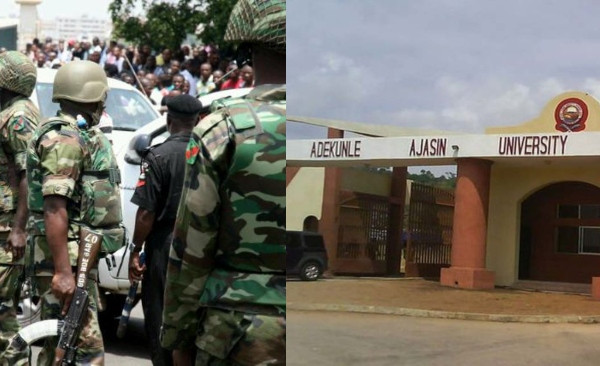 The soliders allegedly raped the 300-level student of the Department of Religious and African Studies at a military checkpoint between Owo and Ikare-Akoko in Akoko North-East Local Government. An eyewitness who spoke to The Nation said the rape victim was on her way back to school when the incident occurred.

“We were coming from Akungba in a mini-bus on Wednesday evening. On getting to the checkpoint, a soldier looked inside our vehicle, pointed to the victim and ordered her to get down. We didn’t know why he did that. When the lady alighted, he took her to their mini-barracks and asked us to leave the scene.
“Out of fear we left the place, hoping that she would be released immediately, but she was not released until one hour later. We discovered that she had been raped by the soldiers at the checkpoint.
“Immediately, we went to Ikare Police Station to report the incident and took the victim to Ondo State Specialist Hospital, Ikare-Akoko for examination and treatment. She is still in hospital and doctors have confirmed that she was raped" she revealed.

AAUA's Head of Media and Protocol Unit Mr. Victor Akinpelumi, confirmed that the management of the insititution is aware of the rape incident and carrying out an investigation.
Tags
NEWS