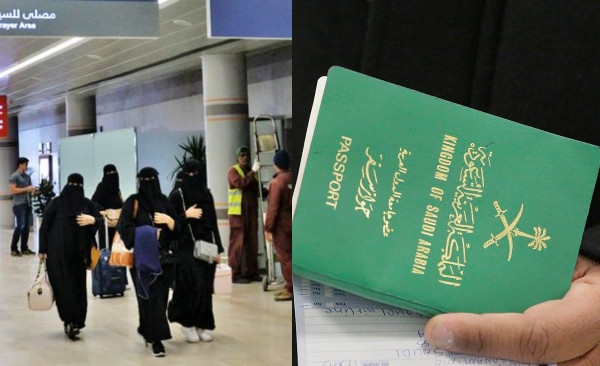 The Kingdom of Saudi Arabia on Friday August 2, lifted the restriction on women travelling independently or with the approval of a male "guardian".

The announcement which placed women on equal footing to men came after reported cases of high-profile attempts by women to escape their guardians. Confirming the new development which follows up the overturned ban on female motorists, Saudi Arabia's first female ambassador to the United States Reema Bandar Al-Saud said;

"These new regulations are history in the making. They call for the equal engagement of women and men in our society. These developments have been a long time coming."

Reema Bandar Al-Saud ✔@rbalsaud
I am elated to confirm that KSA will be enacting amendments to its labor and civil laws that are designed to elevate the status of Saudi women within our society, including granting them the right to apply for passports and travel independently. 1/4
2,147
3:07 AM - Aug 2, 2019
Twitter Ads info and privacy

1,793 people are talking about this

Pro-government Okaz newspaper and other local media platforms reported that the regulation effectively allows women over the age of 21 to obtain passports and leave the country without a male guardian's permission. The changes also allow women for the first time to register their children's births, marriages, divorces and also covers employment regulations that expand work opportunities for women.

It was however learnt that some conservatives in the country are not happy with the changes. Reuters reported that a woman said "Imagine if your girls grow up and leave you and don't return, would you be happy?"
Tags
NEWS