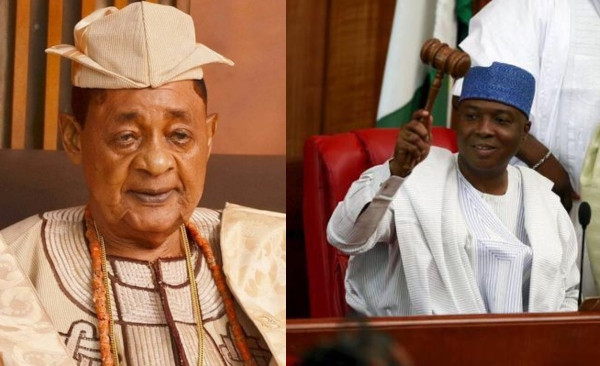 The Alaafin of Oyo Oba Lamidi Olayiwola Adeyemi III, on Thursday August 1 alleged that the Saraki-led Senate blocked the confirmation of Ibrahim Magu as the substantive Chairman of the Economic and Financial Crimes Commission (EFCC) because of 'skeletons in their cupboard.'

The Oyo Monarch made the allegation while hosting a delegation led by the Ibadan Zonal Head of the Commission Friday Ebelo. The Alaafin of Oyo stated that the productiveness and virtue of Ibrahim Magu is extolled by recent reports of recovered stolen funds in local and foreign currencies.

“The eighth National Assembly tried, they did everything possible not to get (Ibrahim) Magu appointed. Why? It is because they have skeleton in their cupboard,” he declared.
“We must encourage you. We must support you and cooperate with you, otherwise corruption will kill Nigeria.
“The fear of EFCC is leading some looters to several parts of the world. But you are after them. You are getting them. There is no hiding place for them.
“Through you, I want to commend Ibrahim Magu for a job well done,” he said.