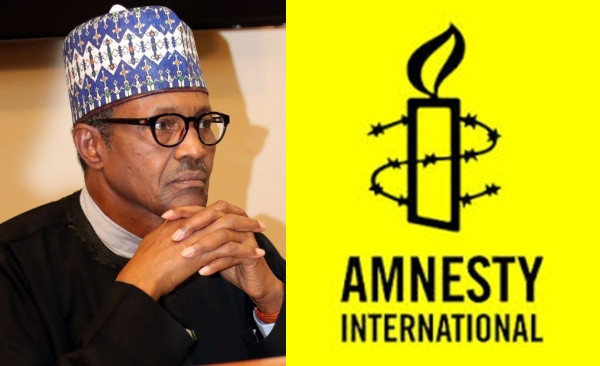 Amnesty Nigeria has been placed on security watch list by the Presidency ahead of the nationwide “revolution” protest scheduled for August 5 and promoted through #RevolutionNow.

The human rights group was labeled anti-government for retweeting the notice of revolution which the Presidency claimed is aimed at overthrowing the constitution. Amnesty Nigeria, a known critic of President Buhari's administration has been quite vocal over the alleged injustice and trampling of human rights being witnessed in Nigeria especially in the last 4 years.

Confirming the group has been placed on security watch list, a government official told Punch;

“There is a hashtag calling for revolution. A revolution means to overthrow Nigeria’s constitution. Those behind the move have sent out messages that they will start the revolution on August 5.
“Amnesty International Nigeria Office retweeted that message. The issue with is not with the organisers really.
“Of course, the government has been having sleepless nights over consistent reports by Amnesty which have been projecting the government in a bad light.
“But for the organisation to get involved in national politics and retweet such a message is alarming.
“When a Presidency official asked them whether their Twitter handle was hacked, they deleted the tweet. The Presidency is watching Amnesty Nigeria because of this. “