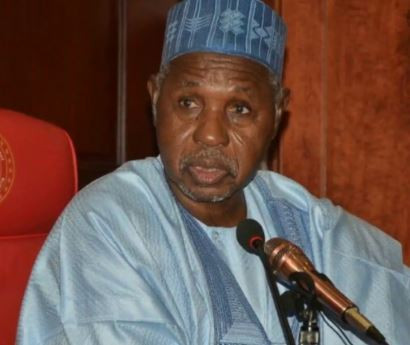 Bandits, cattle rustlers have been granted amnesty by governors in the north-west. This was disclosed by Aminu Masari, governor of Katsina state, who read a communiqué issued at the end of a one-day security and reconciliation meeting with security agents, vigilante, volunteer groups, herdsmen and farmers on Thursday in Katsina.

Over the past few months, many lives have been lost in clashes between farmers and herders in the region. The governors agreed that in pursuit of peace, bandits should drop their weapons and no herdsman should be attacked.

“As from today, no vigilante group member or volunteers should attack or kill any herdsman, as sacrifice must be made by both sides to ensure peace reign. Herdsmen and their families should be allowed to go about their normal businesses, attend markets and worship places without molestation provided they don’t carry arms.
“Those bandits who rustled animals from communities should immediately return them to the government or Miyetti Allah Cattle Breeders Association. Bandits should surrender their weapons and immediately release all those kidnapped and now under their custody. We are happy that we have seen some releases of kidnapped victims from Zamfara and other states” the communiqué read.

Bello Matawalle, governor of Zamfara state who was in attendance, also added that the states would provide grazing reserve for the herders for them to settle in one place in the zone.

“We are concerned that herders are always roaming around with their animals thereby exposing themselves to different kinds of hazards. The governors took a uniform measure, you should also take a uniform decision not to rustle animals, kidnap or kill anyone. You should immediately release all people in your custody in order to show the world that you have truly repented” he said.
Tags
NEWS