Lionel Messi given three-month ban and €44.82k fine over his claims Copa America was 'corrupt' and 'set up for Brazil to win' 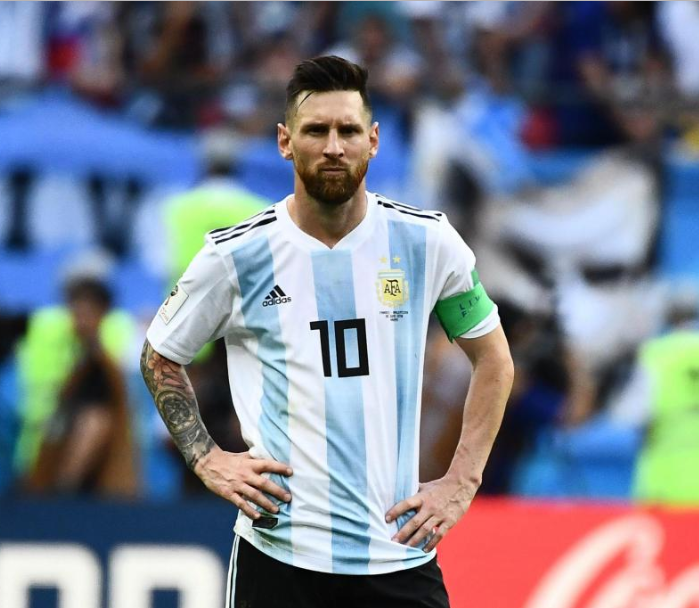 Lionel Messi has been given three-month suspension and  fine following his controversial comments about Copa America tournament.

The Barcelona superstar and Argentine striker accused the South American governing body CONMEBOL of being 'corrupt' just after Argentina won their third-place play-off against Chile.

He was shown a straight red card against Chile for clashing with Gary Medel on the pitch of play last month. The 32-year-old also refused to be on the pitch for the medal ceremony.

When asked why he didn't show up, Messi told reporters: 'There is no doubt, the whole thing is set up for Brazil.

'I did not want to be part of this corruption, we shouldn't have to be part of this disrespect we suffered during the Copa America.
We could have gone further but we weren't allowed into the final. Corruption, referees and all the rest stopped people from enjoying the football.
'I always tell the truth and I'm honest, that is what keeps me calm if what I say has repercussions that is not my business.'

CONMEBOL hit back at him with an official statement describing his comments as 'unacceptable.'

They initially hit him with a one-match ban but have now added more severe punishment.

The five-time Ballon d'Or winner has been given a fine of  and three-month suspension that will restrict him from playing for Argentina again this year.