'I can accept the fact that you won't own up to raping someone, but STFU' - Omawumi reacts to Busola Dakolo's rape allegation (video) 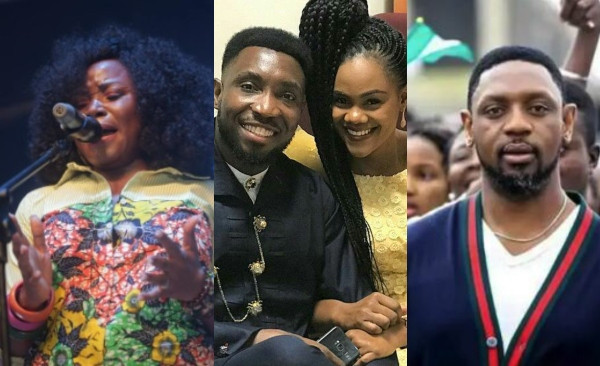 Omawumi weighed in on the rape allegation against Pastor Biodun Fatoyinbo by Busola Dakolo at an event she headlined.

The singer's speech centered on not featuring on Beyonce's Lion King album, rape, domestic abuse and the award presented to Senator Elisha Abbo even after he was spotted in a viral video assaulting a nursing mother.

Omawumi stated that wise people teach others how to deal with a 'bad feeling' as the world never teaches anyone that it will stop. She added that people have been getting away with rape for a long time and though she will accept that a rapist won't own up to the crime, however they need to STFU.

Revealing that rape victims will get the support they need if they come forward with their story, the 'If You Ask Me' crooner also asked how an abuser will feel if they were in the spot of the victim. Omawumi rounded off her speech by saying that Busola Dakolo's rape story is an inspiration to every other young girl who has been abused in the past.

Watch the video in which the singer also slammed those that presented an award to Senator Elisha Abbo, weeks after he was spotted in a viral video assaulting a nursing mother at a sex toy shop in Abuja.