FAAN official arrested of ‘stealing €541.54’ from pilgrim at Yola airport 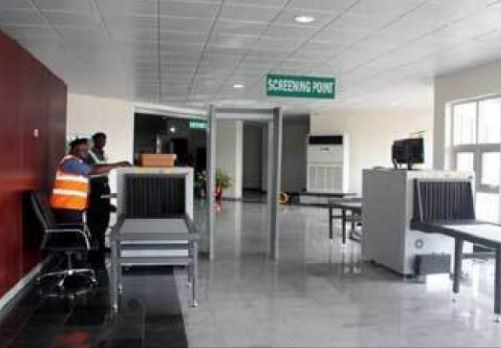 An official of the Federal Airport Authority of Nigeria (FAAN) identified as Ramatu Luka has been arrested for allegedly stealing  belonging to a pilgrim at the Yola airport.

Spokesman of Adamawa police command, Suleiman Yahaya disclosed this to journalists saying Hafsat Mohammed, the pilgrim, was said to have raised the alarm when she discovered that the money was missing.

According to reports, Luka who was on duty during screening, discovered pepper in Mohammed's bag which she threatened to seize if she was not given bribe. Mohammed was said to have given the FAAN official 10 Saudi riyal to allow her travel with the pepper.

“It was during the bribe negotiation that the lady took 600 U.S. dollars from the woman’s bag she was searching. When the pilgrim later discovered her money was missing, she raised alarm and the money was found in the possession of the FAAN staff member” Yahaya said.

Yahaya said the FAAN official hid the money inside her hair and used her barrette cap to cover it. He said the case had been referred to CID for further investigation after which the suspect would be charged to court.
Tags
NEWS