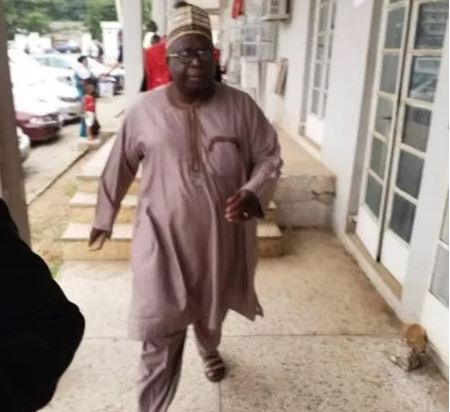 He was charged on Thursday before Justice Sikiru Oyinloye of the Kwara State High Court, Count two of the charges reads:

“That you, Mohammed Adebayo, sometimes in July 2013 in Ilorin within the jurisdiction of this Honourable Court with intent to defraud, obtained the sum of N950,000 (Nine Hundred and Fifty Thousand Naira) only from one Mary Omowunmi Kolade on the false pretence that three plots of land (situated at Molete, Moro Local Government Area of Kwara State) which you sold to her belonged to you, a representation you knew to be false punishable under section 1 of the Advance Fee Fraud and other Fraud Related Offences.”

Adebayo pleaded “not guilty” to the charge. Counsel for the EFCC, S.T. Ola thereafter, urged to court to fix a date for the commencement of trial. Defence counsel, M.D. Yusuf, however, moved the bail application of his client.

Justice Oyinlola granted the defendant bail in the sum of N1million with two sureties in like sum. The case has been adjourned till September 24, 2019 for commencement of trial.
Tags
NEWS