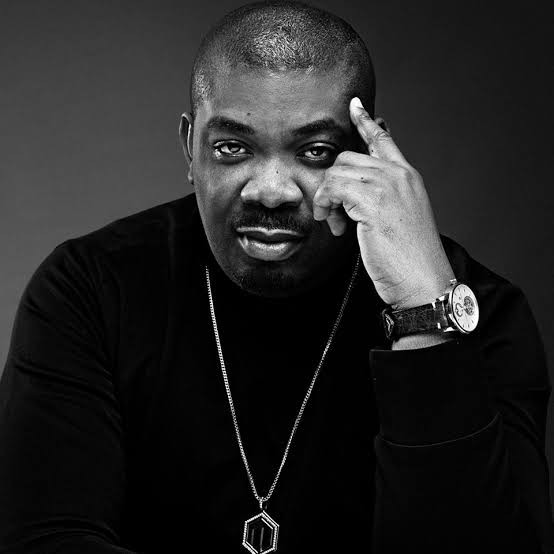 Those hounding Don Jazzy to get married seem to have gotten the memo that he can't be forced into marriage and they've backed off for a bit. But they've found another thing to pressure him about.

Earlier today, the record producer said absolutely no one can force him to get married. He has now taken to Twitter to reveal that while he was on the plane today, no single person mentioned marriage to him, instead they replaced it with questions about his weight.

He tweeted: ”On the plane now. Today was weird. For the first time everybody that met me didn’t ask me when I’m getting married. They replaced it with ? ahh why so fat? ?" 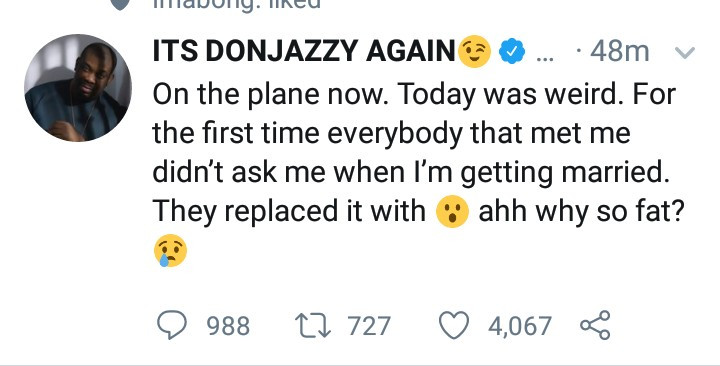