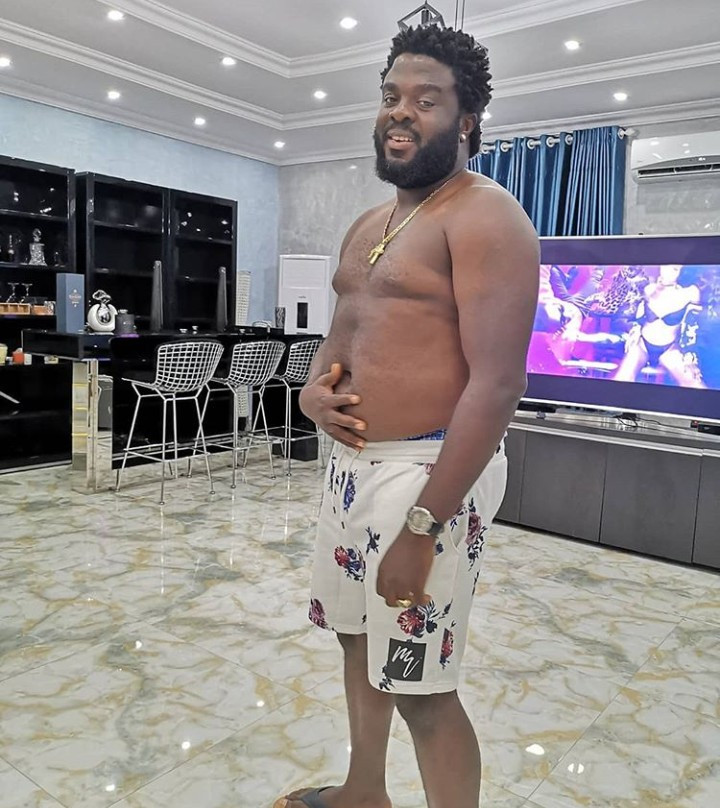 Actor Aremu Afolayan seems to be throwing shade at his siblings in his birthday post.

The tension between Aremu and his siblings is no secret, especially between him and filmmaker Kunle Afolayan.

Recall that last year, Kunle called Aremu "stupid" for claiming they grew up poor. Also, Kunle didn't offer him support when he received heat for calling out the President and Vice President of Nigeria and the Lagos State governor after he suffered an embarrassing incident at the Lagos Airport. What Kunle did, instead, was to correct those who mistook his brother for him.

To add to that, Aremu doesn't feature in his brother's movies and he once addressed that in an interview.

Well, with these on ground, Aremu took to Instagram to wish himself a happy birthday but he made sure to leave his brothers out of the post.

In the post, he thanked those who have played a part in his life. He thanked his mum, thanked his fans, then he thanked the people who love him and "those who God forced on him". He wrote this part in Yoruba but didn't provide names.

Aremu went on to defy his elder brother again by insisting they grew up poor. He narrated how they were so poor that he had to help his mum sell pepper soup and once had to steal money from his mum to take to school so he and his siblings could eat.

See what he wrote below. 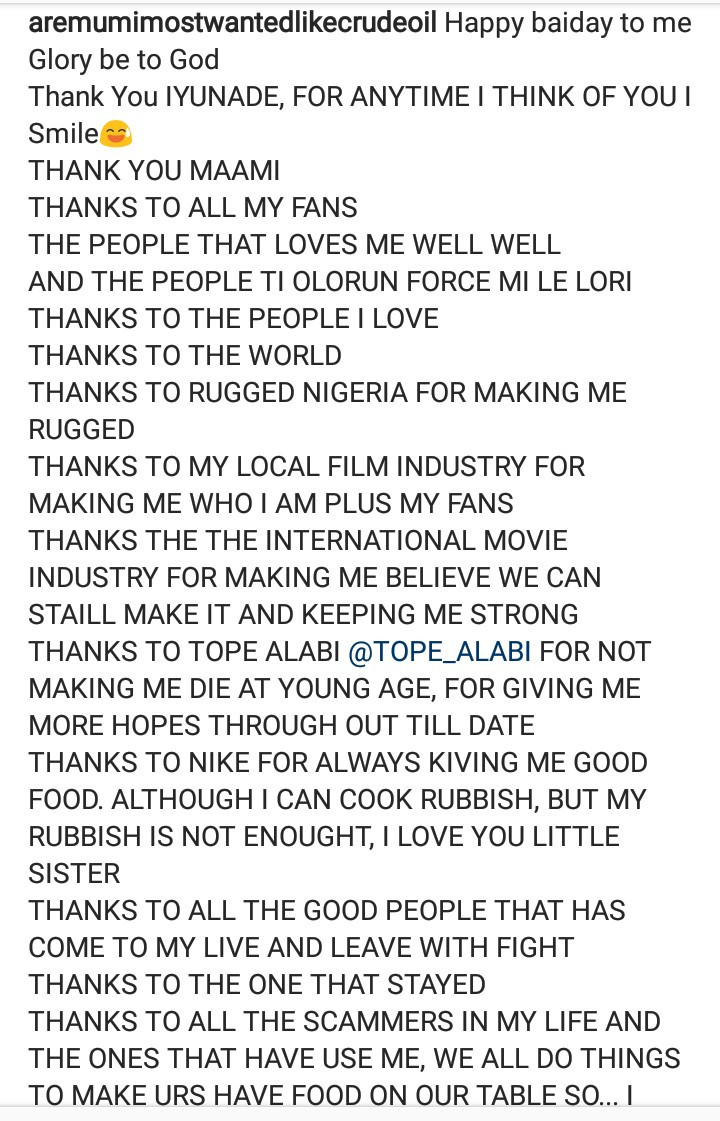 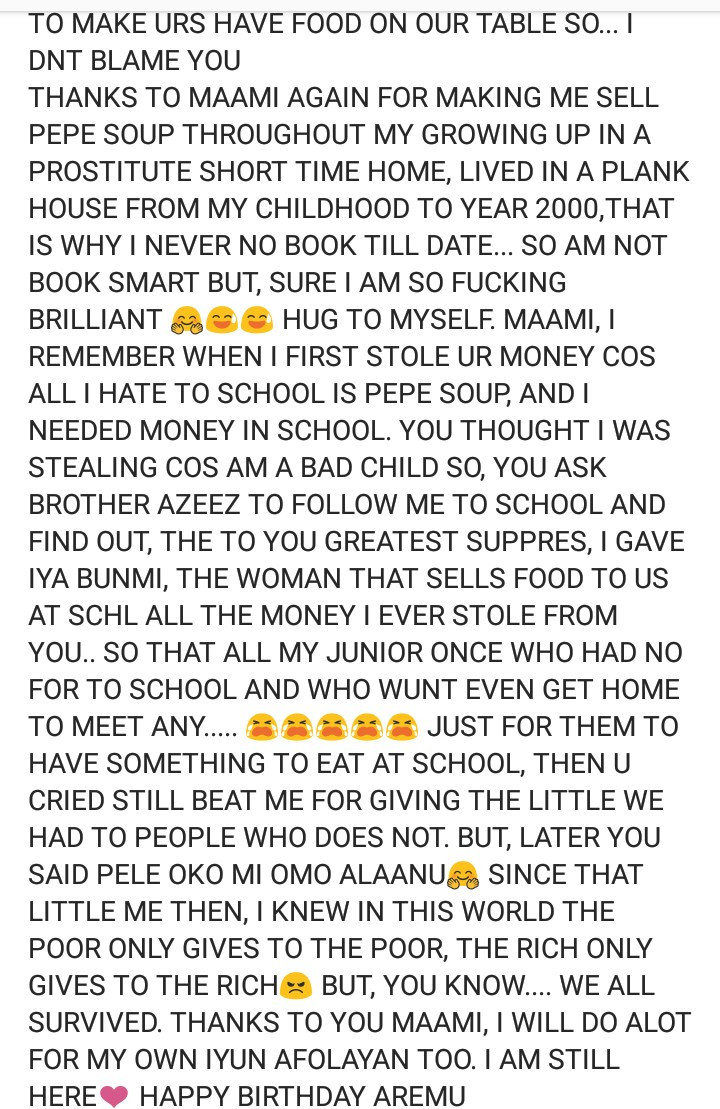