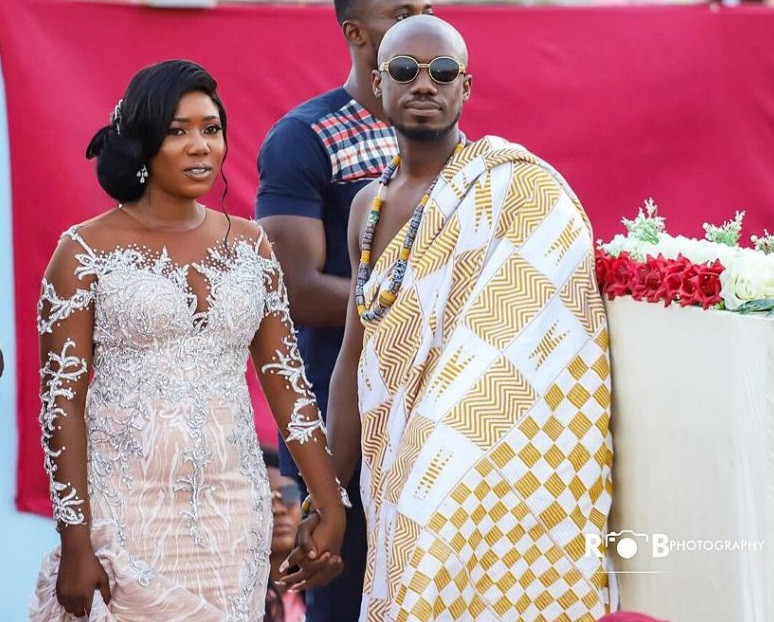 Ghollywood actress, Victoria Lebene Mekpah is being dragged on social media for sharing an online photo of Satorini during her honeymoon.

Victoria had shared a photo with a geolocation which stated 'Rhodes Island Greece', with the caption ‘waking up to a dream’ 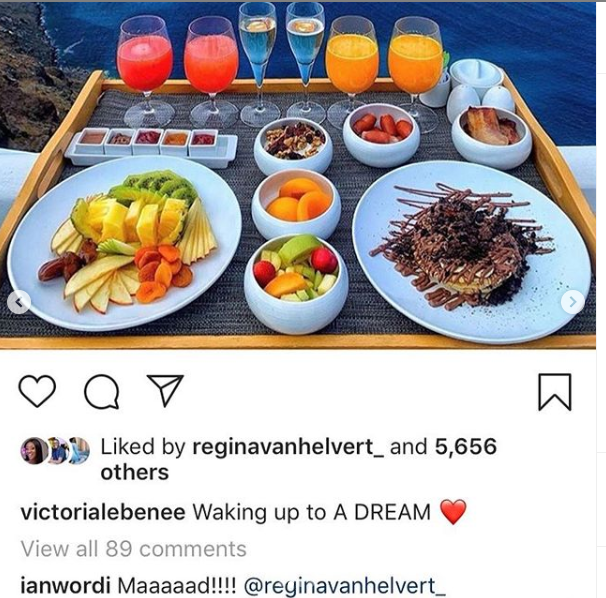 But Web users quiclky called her out as the particular image has been posted by several travel websites over the years. They claimed she had shared the photo to imply that she was in Greece enjoying her honeymoon. 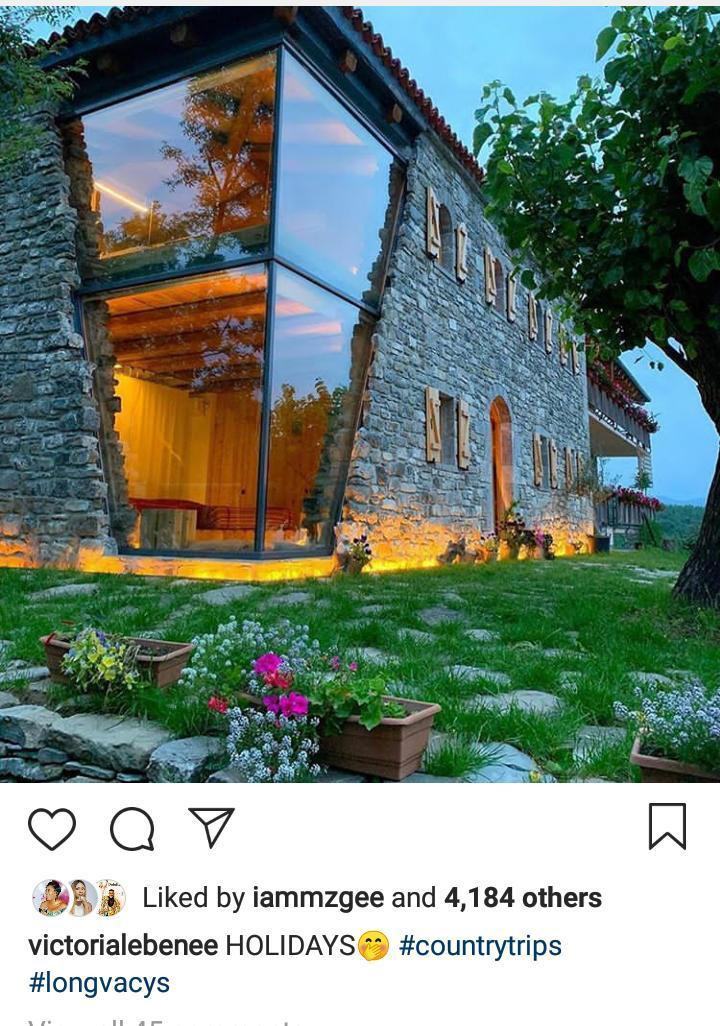 Her trolls went as far as sharing the same image shared by a travel website 3 weeks ago, to prove that he had faked her honeymoon. 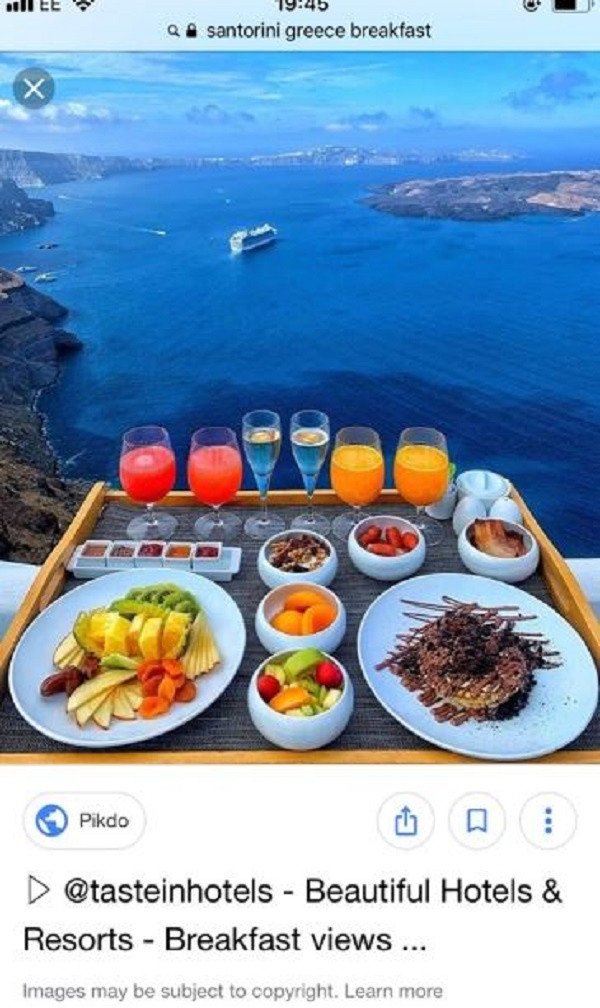 Realizing she was being mocked on Instagram, Lebene turned off the comment section but later restored it after she felt the storm had blown over. See some of the comments below. 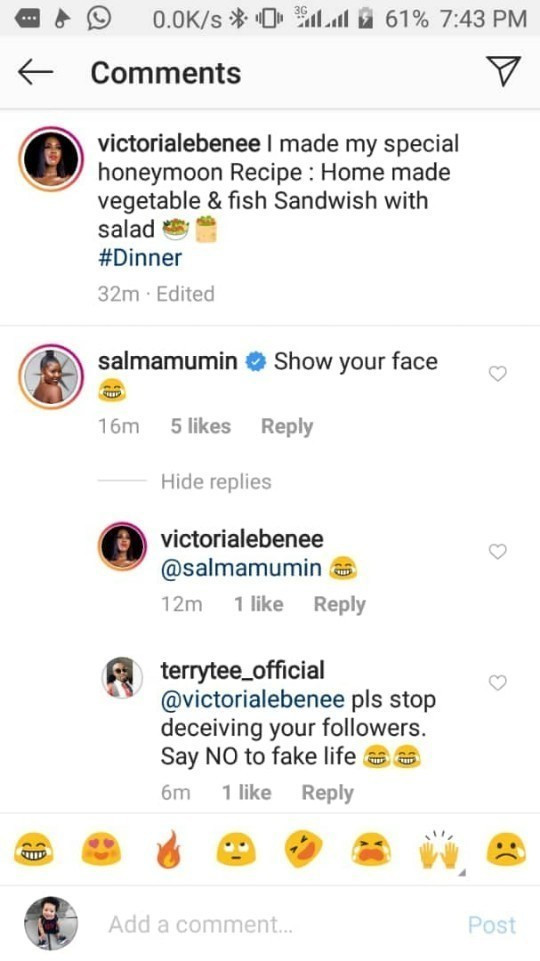 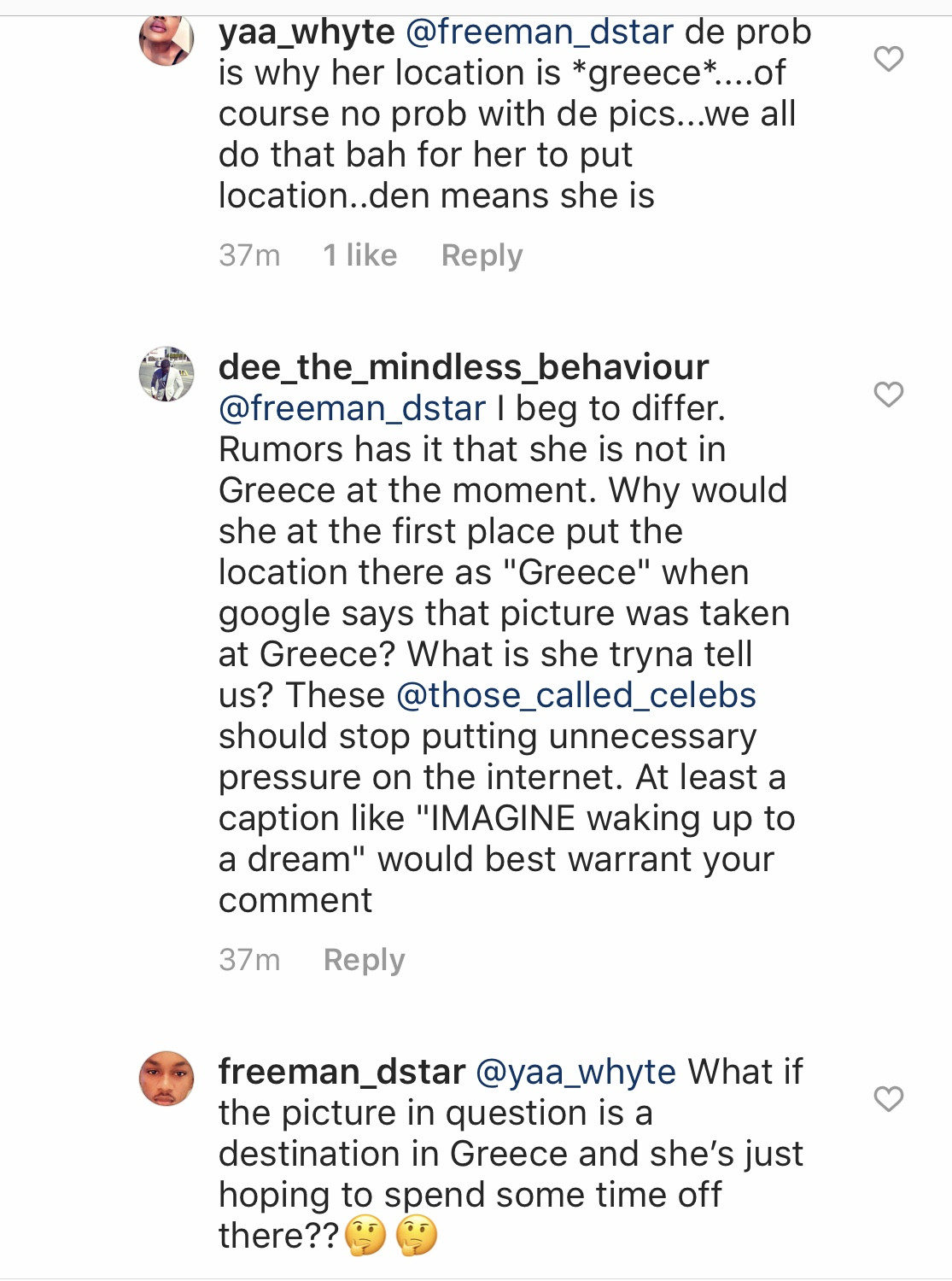 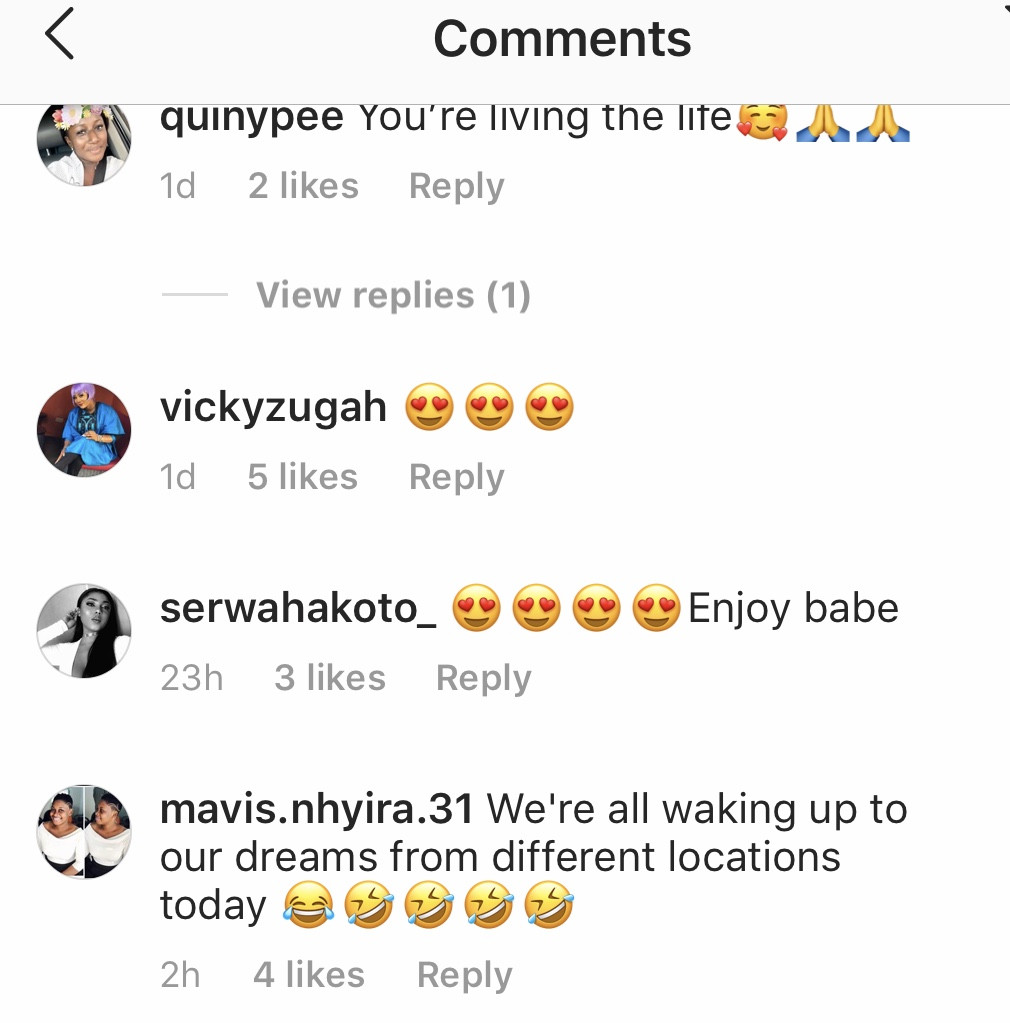