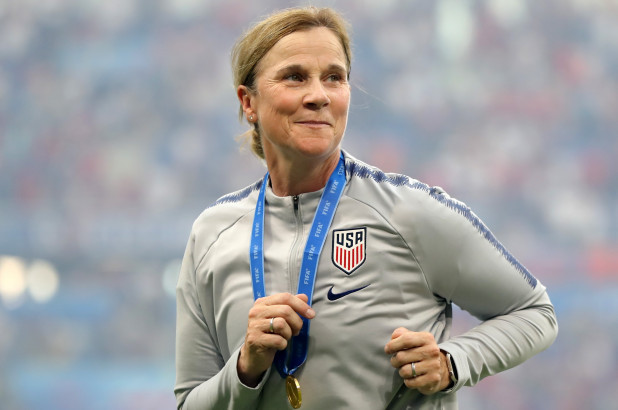 The American citizen who was born in England will stay on until October for an upcoming five-game victory tour of friendly games around the US before leaving the role she has held since 2014.

"The opportunity to coach this team and work with these amazing women has been the honor of a lifetime," Ellis said in a statement.
"I want to thank and praise them for their commitment and passion to not only win championships but also raise the profile of this sport globally while being an inspiration to those who will follow them."

"The US Soccer Federation and the sport in general owes Jill a debt of gratitude," US Soccer president Carlos Cordeiro said.
"Jill was always extremely passionate about this team, analytical, tremendously focused and not afraid to make tough decisions while giving her players the freedom to play to their strengths.
"She helped raise the bar for women's soccer in the USA and the world and given the history of this program, the level of success she achieved is even more remarkable."