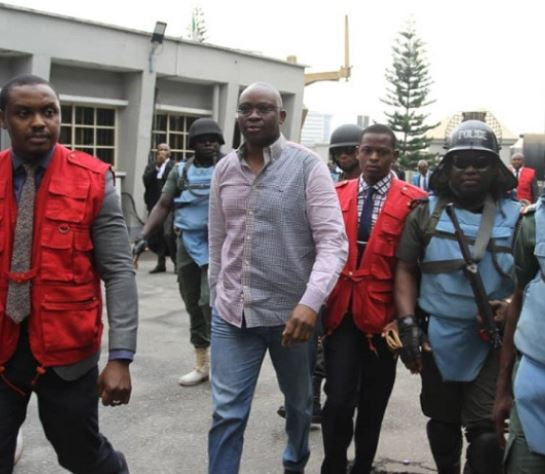 The court granted his application for permission to travel abroad for treatment as he said he was sick. It followed the re-assignment of the case to Justice Chukwujekwu Aneke after the prosecution expressed loss of confidence in Justice Mojisola Olatoregun, who was previously handling it.

The case was re-assigned after 13 witnesses had testified. Fayose was first arraigned last October 22 on an 11-count charge of receiving and keeping N1.2billion and million stolen funds from the office of National Security Adviser (ONSA) contrary to the Money Laundering Act.

He was charged with his company, Spotless Limited. He pleaded not guilty to the same charges and was allowed to remain on the bail earlier granted him by Justice Olatoregun.

Fayose’s lawyer Ola Olanipekun (SAN) pleaded with the judge to enable the former governor travel abroad for medical treatment. Justice Aneke granted the application and ordered that Fayose must return his international passport to the court on or before September 16.

He adjourned until September 16 to 19 for trial.
Tags
NEWS