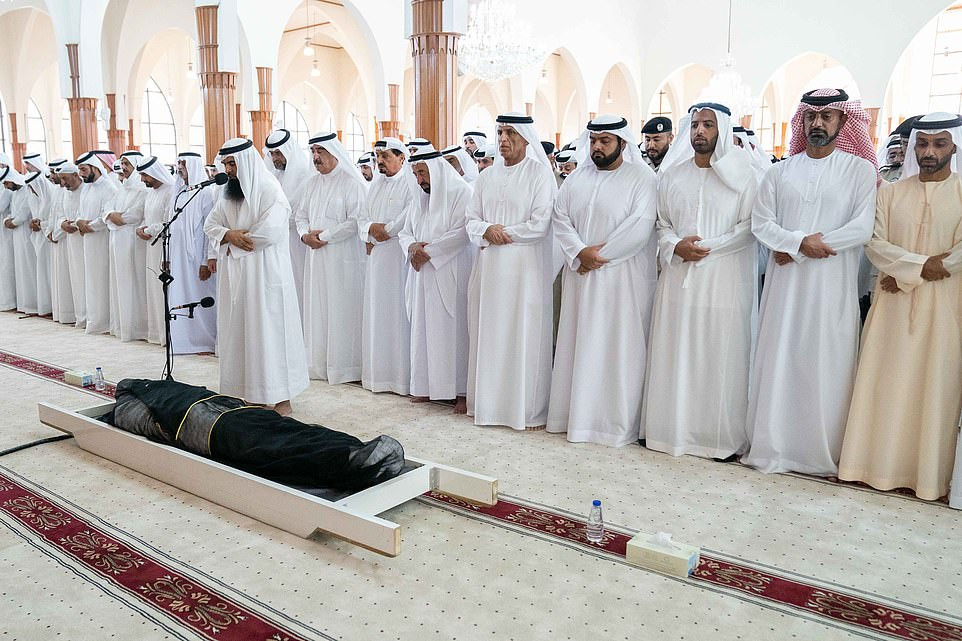 Sheikh Dr. Sultan bin Muhammad Al Qasimi, the ruler of Sharjah in UAE has buried his son after he was found dead in his London penthouse apartment at the age of 39 on Monday.

Tens of thousands of mourners attended the funeral of Sheikh Khalid bin Sultan Al Qasimi, the owner of fashion label Qasimi Homme, in the city of Sharjah on Wednesday. 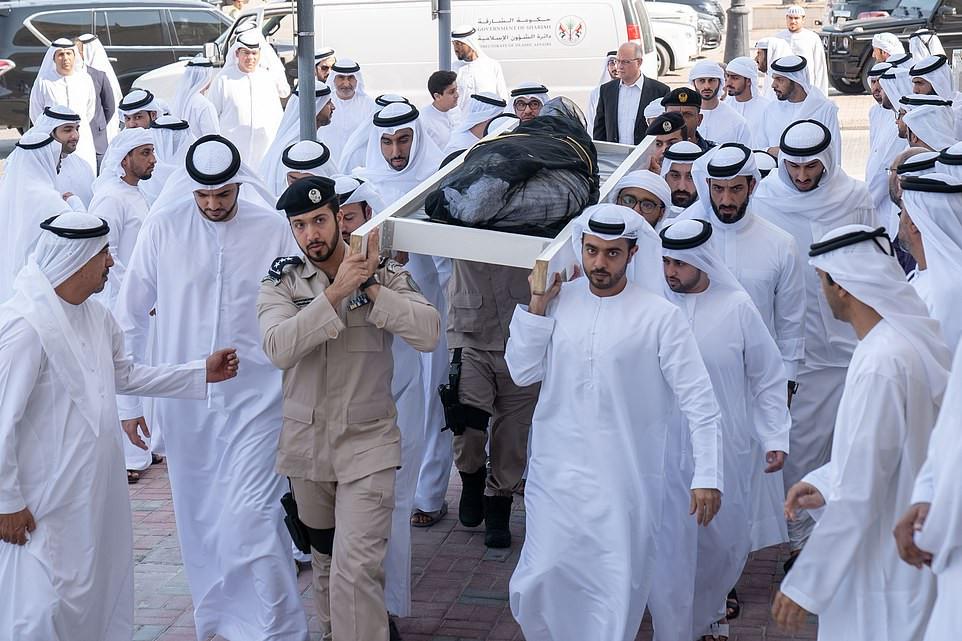 Sheikh Dr. Sultan bin Muhammad was pictured standing over his son's body as he joined in prayers at the King Faisal Mosque at 9am.

The funeral was held amid reports that Sheikh Khalid had passed away during a drug-fuelled party at which some of the guests were having sex.
During the service, his father was joined by his fellow Emirates, including Sheikh Saud bin Saqr, Ruler of Ras Al Khaimah, Sheikh Humaid bin Rashid, Ruler of Ajman and Sheikh Ammar bin Humaid, Crown Prince of Ajman. 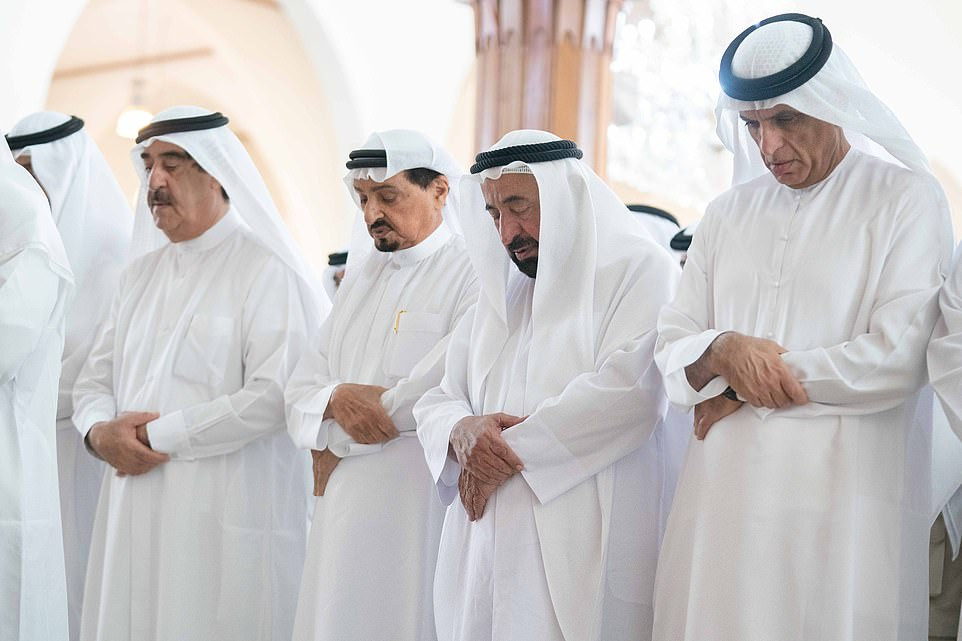 Also in attendance was Sheikh Saif bin Zayed, Prime Minister and Minister of Interior, and Sheikh Nahyan bin Mubarak, Minister of Tolerance, The National reported.
According to Sharia law, the dead should be buried as soon as possible, usually within 24 hours of death. The body is washed and shrouded before burial, which is followed by a salah, or prayer. 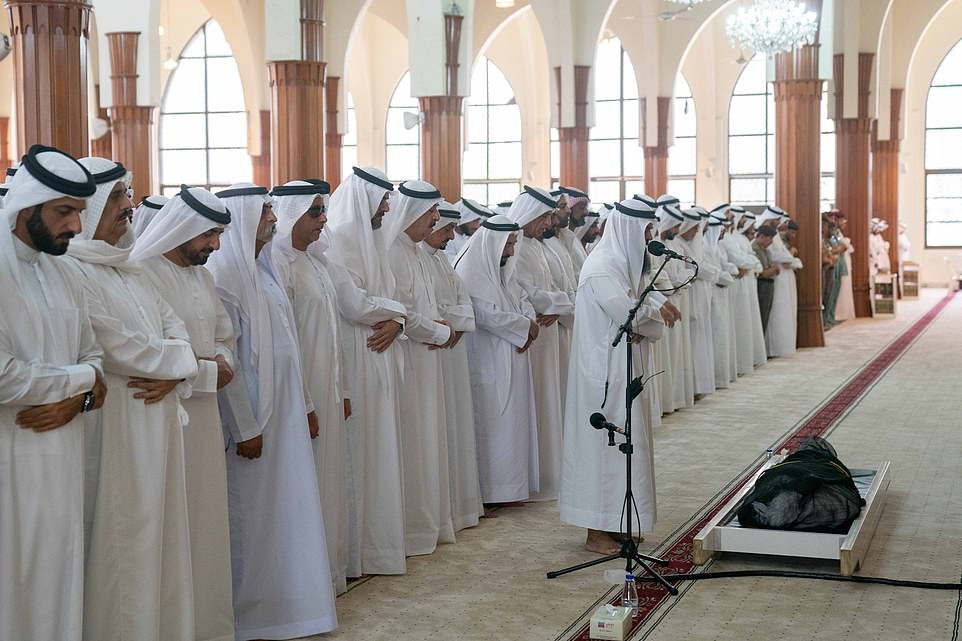 Sources said a quantity of Class A drugs had been found at the penthouse flat in Knightsbridge where his body was discovered but the police have yet to confirm or deny this.
Officers were said to have found the drugs after being called in by medics, according to The Sun. 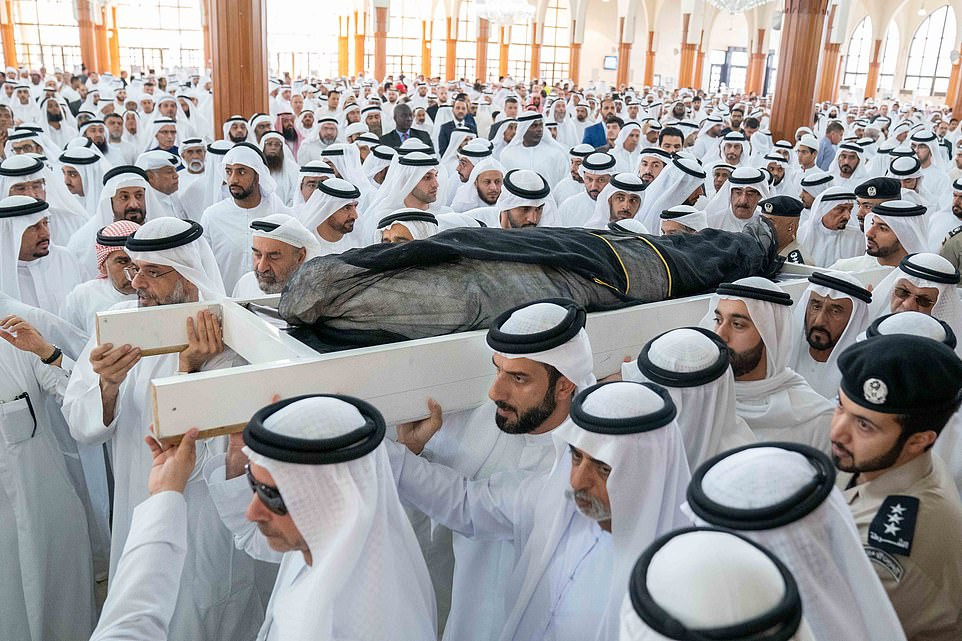 A source told the same publication: 'There had apparently been a party where some guests were taking drugs and having sex.
'It is suspected that Sheikh Khalid may have died suddenly as a result of taking drugs. As well as the police inquiry, an urgent internal probe has been ordered and staff have been ordered to keep quiet.' 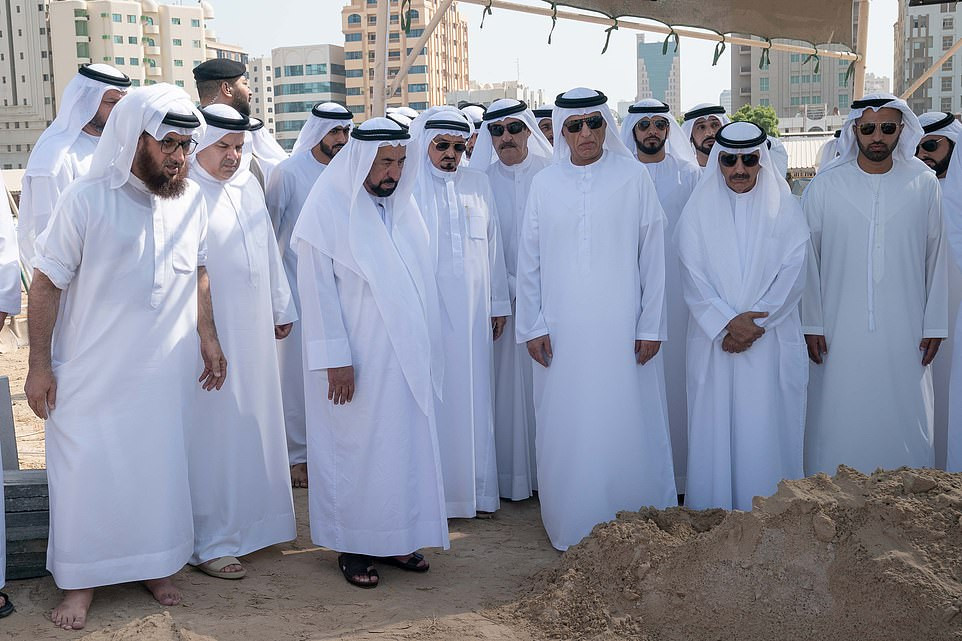 The source added that Qasimi enjoyed the freedoms that London offers but that his story 'has ended tragically'. 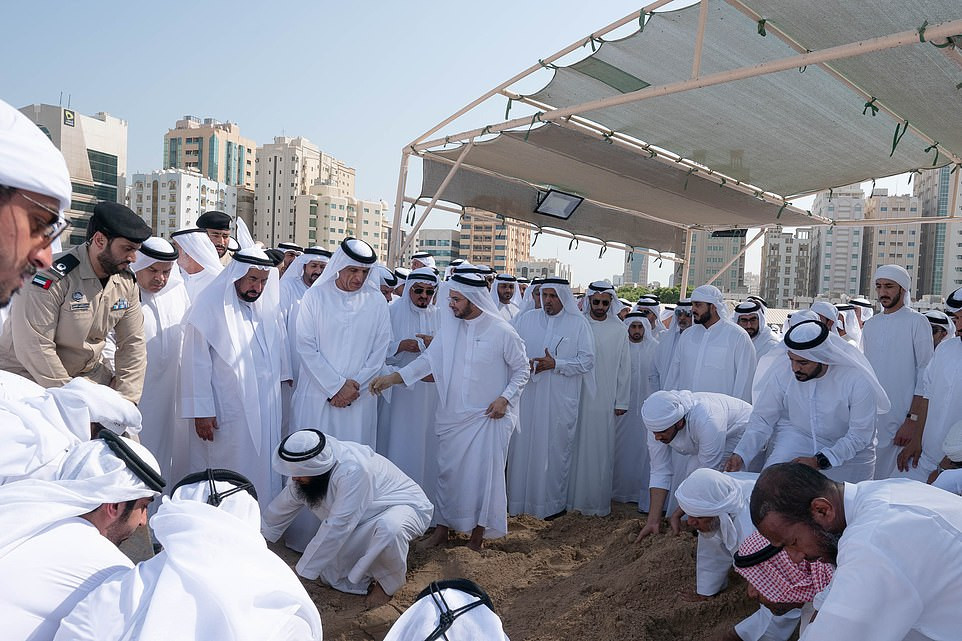