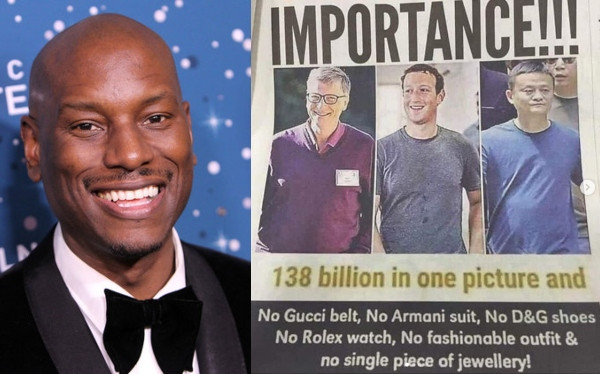 Tyrese has taken a swipe at people sharing a photo collage of billionaires, Bill Gates, Mark Zuckerberg and Jack Ma for not being flashy.

Tackling those behind the photo captioned ' billion in one picture', Tyrese stated that the bllionaires in the photo are already known and have nothing to prove. He further revealed that Bill Gates home is million and if he had it like him, he will be naked all the time with only his Timberland boots on.

Can y’all please stop posting this bullshit..... Please.... I get it they have on a t-shirt and don’t wear Gucci..... Why would they need to wear random expensive things or bling to “show” people what they have..... Bill Gates home alone is 127 million...? Likely got paintings in their homes thats a billion + just there hanging on walls..? They don’t just fly privately they fly on the most expensive private planes period..... So please stop attacking my people that are flashy cause let me tell you.... If I had it for real for real I would probably be naked at baggage claim with baby oil and timberland boots on at ALL TIMES!!!!!! 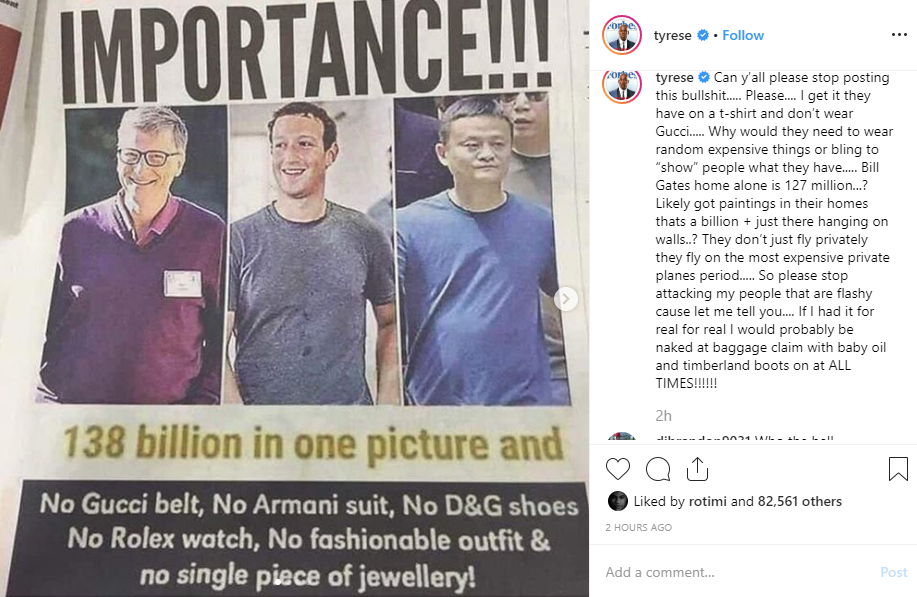