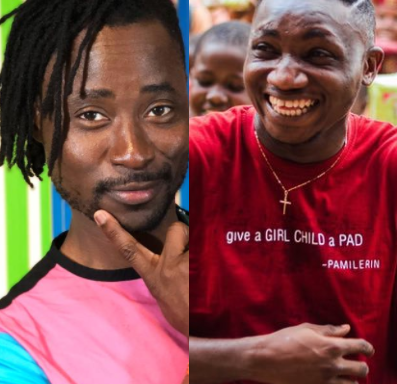 Bisi Alimi has dragged social media influencer Pamilerin Adegoke while also insinuating he is ''still hiding in the closet.''

Pamilerin, who made news headlines weeks ago when he was assaulted by Perruzi, appeared to have taken sides with Biodun Fatoyinbo of COZA amidst the rape allegations. This led people to conclude he had been paid to defend the pastor. But Pamilerin denied this. 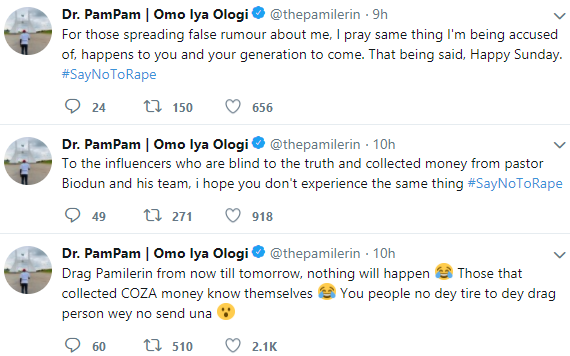 Pamilerin took things further by dragging Bisi Alimi, who has been speaking out against the COZA pastor. And Bisi hit back on Facebook.

Bisi wrote: "Someone needs to tell Pamilerin that I am not one he can come for, cos I will drag his ass out of the closet! Simples!" 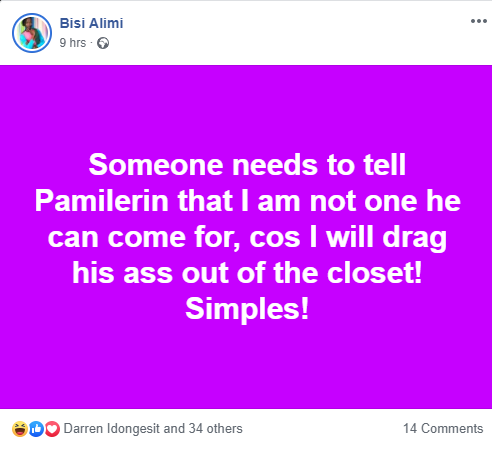 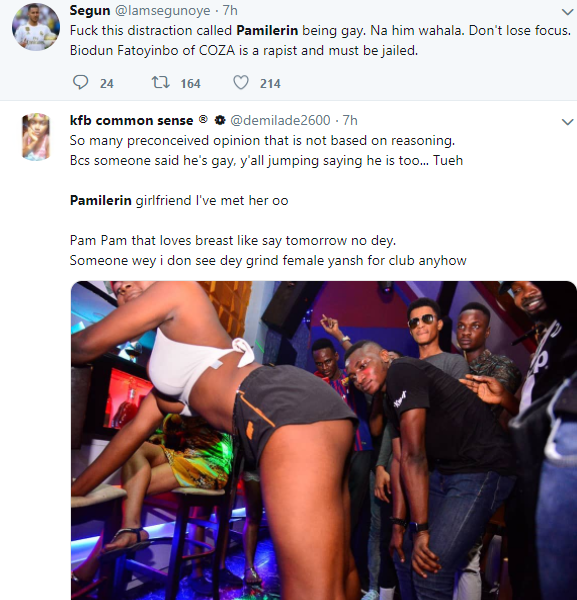