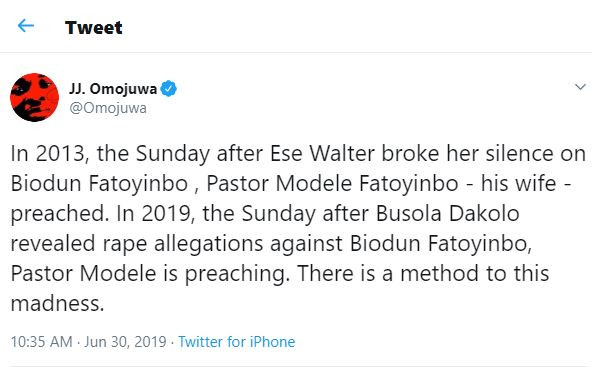 Earlier today, wife of the Commonwealth of Zion Assembly COZA founder, Pastor Abiodun Fatoyinbo, Modele, spoke for the first time since the allegation of rape by Busola Dakolo surfaced and she said her husband is not a rapist.