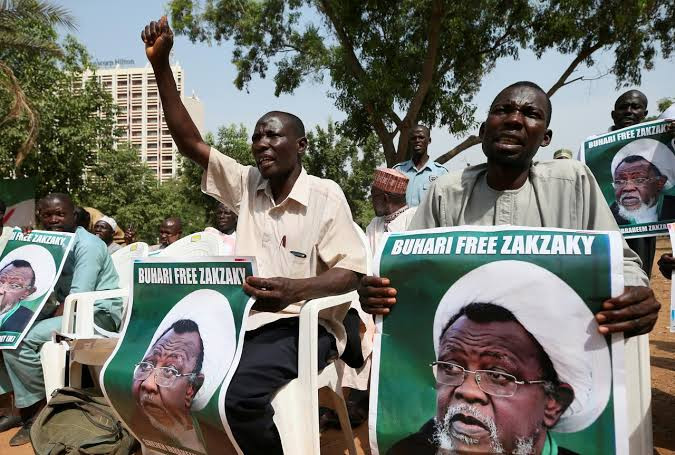 Rights group, Amnesty International, has condemned the Federal Government’s decision to proscribe the Shi’ite group, Islamic Movement of Nigeria.In a statement released today, AI described the proscription as an attempt to cover up the massacre of over 350 Shi’ites in Kaduna State in 2015 as well as the murder of several others in subsequent protests that occurred.The statement read in part, “Amnesty International is concerned that Nigerian authorities are increasingly depriving members of Islamic Movement in Nigeria of freedom of religion and freedom of association.“The proscription of IMN is a deliberate attempt to divert attention from crucial issues including; justice for the massacre of over 350 in Zaria in December 2015 as well many other IMN supporters killed by security agencies over the years.”The rights group said many Shi’ites have been missing and the Nigerian authorities have not even bothered to address their plight.It said the Buhari-led government blatantly refused to release the leader of the IMN, Sheik Ibraheem El-Zakzaky, who was granted bail in 2016.AI noted, “Many members of IMN have been missing since 2015; their families and relatives are yet to know their fate and their search for justice has been largely ignored by Nigerian authorities.“Despite Federal High Court order of December 2016, Nigerian authorities have continued to keep Sheik Ibraheem El-Zakzaky in unlawful detention and his bail application perpetually delayed, despite repeated concerns over deterioration of his health.“The fact that authorities have not indicated any attempt to investigate and ensure justice in all incidences involving IMN clearly shows a government resolve to deprive them of their fundamental human rights.“We insist that Nigerian authorities ensure justice in all cases involving all Nigerians, including IMN.”
Tags
NEWS