TBoss reacts to alleged photo of her baby, says ''This isn't my child'' 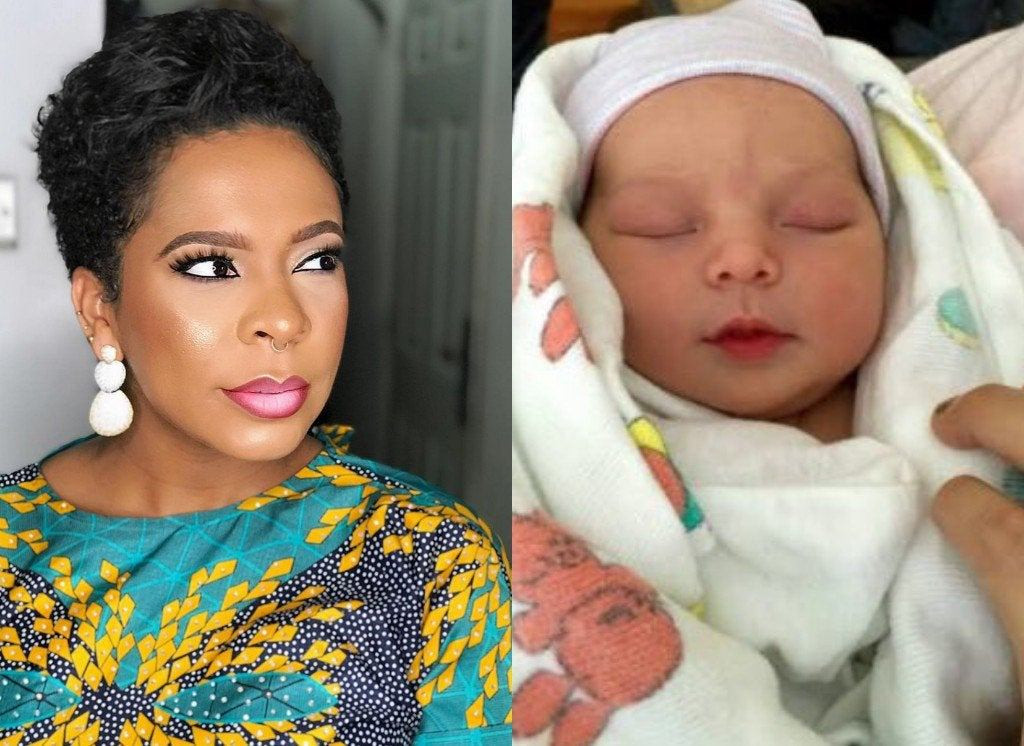 Yesterday, the photo of a caucasian baby was circulated online with claims that it is that of former BBNaija housemate, Tboss. The unconfirmed reports claimed she welcomed a baby on Sunday July 28th.

Well, she has released a statement particularly addressing the photo used.

In a lengthy post she shared online today, the reality TV star says the photo being circulated isn't her child. She did not confirm or deny the reports that she has welcomed a baby. She also spared a moment to also address rumors that herself and music executive, Ubi Franklin, were once intimate and blasted an IG user who told her she was denying her own child.

PART 1:I wanna use this opportunity to express my immense appreciation to Each & Everyone who took out time to send me Congratulatory messages, prayers & well-wishes on the birth of my child.

May God Bless you all & answer your prayers as well.H
owever, I regret to inform you that- That isn’t my child. I’m still appalled at the person who took out the time & went through all the trouble to come up with such a juicy story, and the photo they used has a really striking resemblance to me- nose & mouth if I may say so myself. Such a cute baby Bless her lil heart

I do think you’re in serious need of a job & I wish I could give you one but you’ve shown some seriously psychotic tendencies so maybe it’d be best you stayed really far away from people- search yourself, you just might need Help.

Soooo, many people thought I’d be mad & flip out, maybe throw out a few shots but this incident has been a real Eye Opener to me & YOU & if you like to admit it or not- I’m still gonna put it in your faces.

1- I am very grateful for the True friends who called to congratulate me as well as those who actually called to confirm if the rumor was true or not, y’all super Amazing because believe it or not- Some I considered my peoples, & would go out of my way to be there for them, help them out & always bloody stick out my neck for simply couldn’t be bothered- Ps: these are seriously social media complaiant folks who practically Live on the blogs & online so it only goes to prove how people out there celebrate you more than your own people.

Note: That jealousy that ate you up on top of fake news would someday swallow you up completely??

Just a few days ago I wrote how I ALWAYS learn new stuff about myself on Social media & now look at the mega one that popped up, Mi darlings, whilst SM could be fun, there’s sooo much FAKE stuff out there & truth be told it’s hard to figure out what’s real or isn’t- just have your laugh & take it with a pinch of salt, not everything you see needs to be taken seriously.

3- This is to the Bloggers that so hurriedly reported FAKE News, My God in Heaven aren’t y’all even Ashamed of yourselves? You didn’t confirm anything, didn’t double check nothing, didn’t As much as ask any questions but just ran with the news just to get traffic on your pages- How blooming pathetic can you be? I’m even ashamed for the people who follow y’all or believe anything y’all write. No dignity whatsoever, no respect for your name- Don’t you care about your credibility? I guess I’m the one who overthinks things but seriously y’all really need to cut the bullshit. And to think that I intentionally set the trap for y’all to fall into by saying- Oops ? Busted ????? & y’all fell for it is totally Hilarious???And for the very last time I’m gonna say this- Ubi is a friend & there’s NEVER, EVER been any form of intimacy between us- Not that it’s any of your business to be honest but yes a Beautiful lady & successful man can actually be friends-This is for them idiots whose stupid brains refuse to understand.
And lastly- Getting pregnant, having a baby or starting a family is a very personal journey, kudos to those who wanna share with the world but these are terrible times, with loads of terribly angry people & let’s not forget This is Nigeria So if someone wants to keep their business Their business- there’s absolutely nothing so hard in Just letting them do them and minding your modaf**&ing business?
If you must know you’d know & if you mustn’t then- it is what it is... What did you learn from this mi darlings?
Most of the content on SM is somewhat controlled to get a particular reaction from the public- DO NOT FALL for everything you see!!!!!

She also blasted an IG follower who accused her of denying her own child. 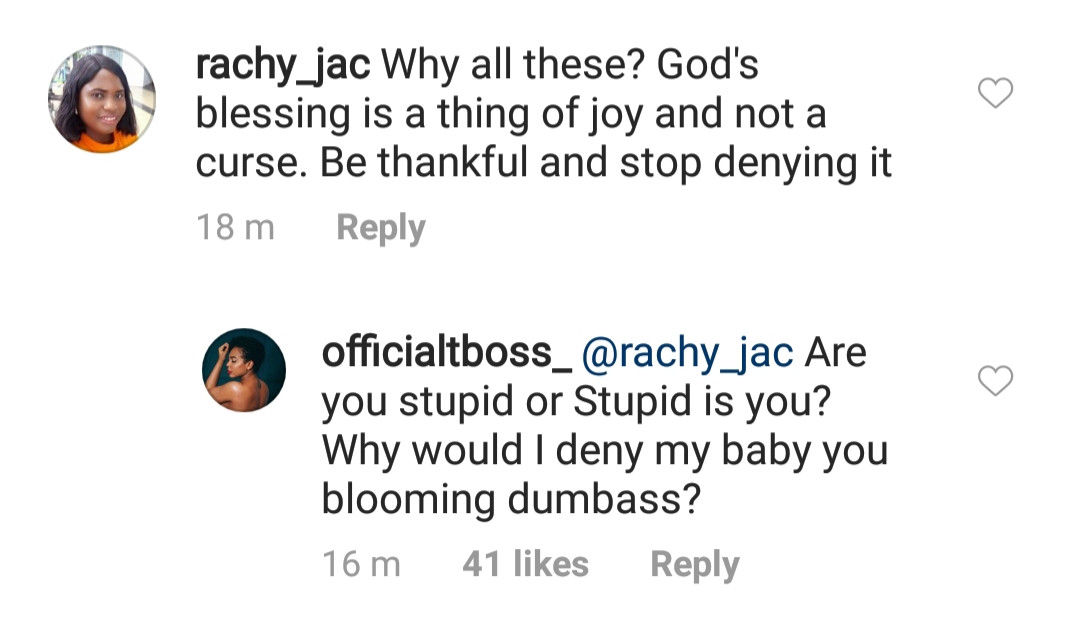