So far, only one party has submitted 2019 elections expenses – INEC 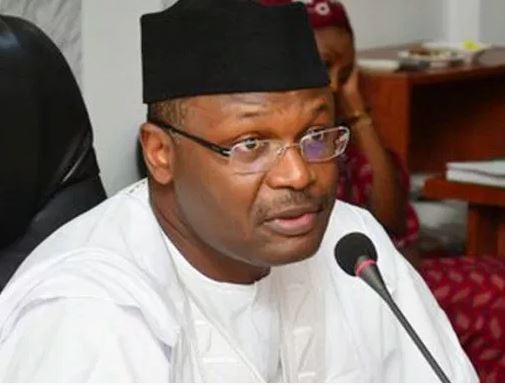 The Independent National Electoral Commission (INEC), has said only one political party has so far submitted its audited report on 2019 general elections expenses, three months after the poll.

INEC Chairman, Mahmood Yakubu, disclosed this on Monday in Abuja, in his remark during the review of the 2019 general elections with political parties. Yakubu also disclosed that only one presidential candidate has submitted his financial expenses for the elections. He said no political parties has complied with section of the Electoral Act directing parties to disclose contributions received from individuals and corporate bodies for the elections.

He stressed the need for political parties to comply with the Electoral Act within the period specified. “It is important to remind us that as we review the 2019 general elections in order to identify successes, challenges and the way forward, we should also ask ourselves the extent to which we have complied with the extant laws.

“I wish to remind you that the Electoral Act 2010 (as amended) requires each political party to submit two election expenses reports to the commission. First is the disclosure of material contributions received from individuals and corporate bodies three months after the announcement of the results of the General Election as provided for in Sec. 93(4) of the Electoral Act. “So far, no political party is in compliance.
“Secondly, parties are required to submit audited returns of their election expenses within six months after an election as provided for in Sec. 92(3) (a) of the Electoral Act. Although we are still within the time frame provided by law, so far only one party has filed its returns.
“Similarly, the Commission notes that only one presidential candidate has submitted financial expenses report. We wish to remind leaders of political parties of their obligations under the law,” he said.

Yakubu advised political parties to build their capacities for internal democracy, voter mobilisation and financial procedures, saying effectively run political parties are crucial to our democratic consolidation. He said conduct of party primaries and nomination of candidates for 2019 elections was acrimonious resulting in a number of court cases on participation or otherwise of political parties and candidates in elections in many constituencies. This, according to the INEC chairman, made the management of electoral logistics and post-election litigations more challenging to the Commission.