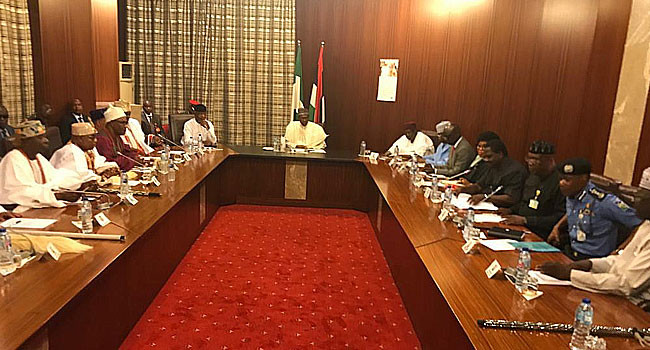 President Buhari today hosted traditional rulers from the Southwest geo-political zones in the state house, Abuja. The monarchs were led by the Ooni of Ife, Oba Adeyeye Ogunwusi.

The Ooni had visited the President in Abuja earlier this month to discuss the prevailing insecurity in the Southwest region. At the meeting, the Ooni told state house correspondents that the escalating security challenges in the country had led to some persons and groups beating the drums of war. He clarified that the Yorubas are not interested in war but rather, are only interested in how the security of lives and properties in the region can be improved.

The visit comes weeks after the daughter of Pa Reuben Fasoranti, Funke Olakunrin, was killed by armed bandits along the Benin-Ore expressway. 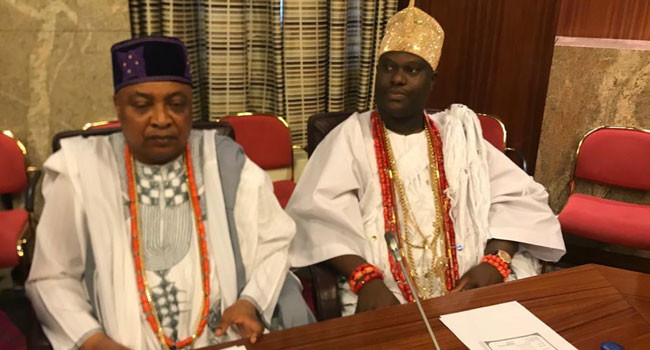 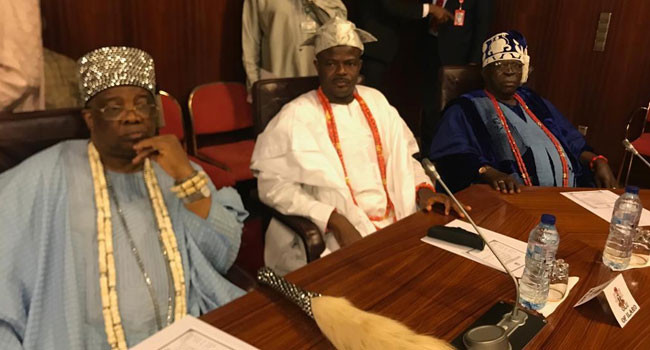 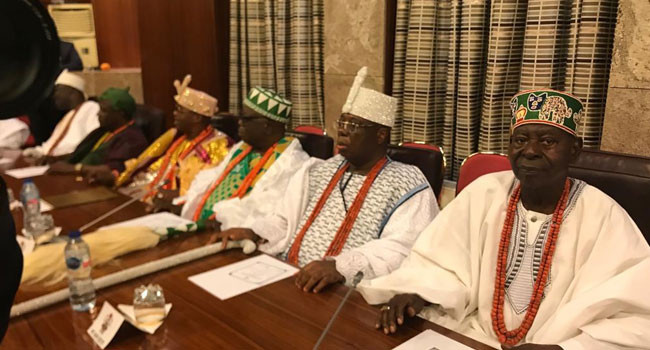