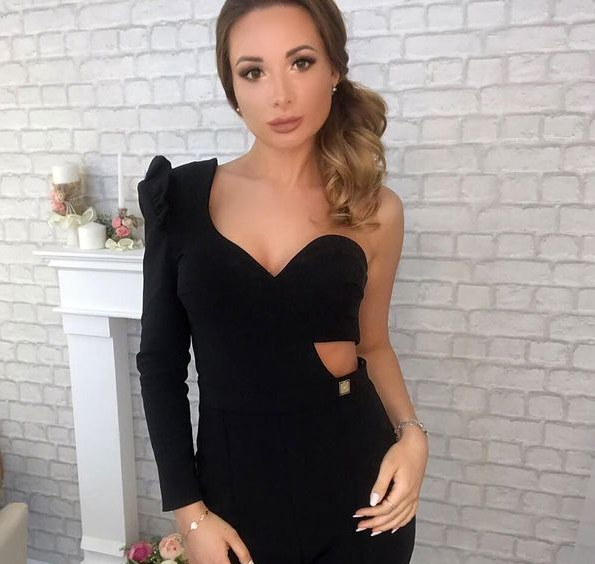 Popular Russian Instagram influencer Ekaterina Karaglanova was found dead with her throat slit inside a suitcase in her Moscow apartment on Friday. Investigations into her death has now uncovered CCTV footage of a man wearing a hat and hand gloves, going into her flat and exiting with a suitcase.

The 24-year-old, who is a recent medical school graduate, had over 85,000 followers on Instagram prior to her death.

Ekaterina Karaglanova, also known as Ekaterina Semochkina, loved the glamorous life and was known for her luxurious travel posts, where she posed in locations such as Italy, Austria, Spain, and Corfu in Greece. She had been planning a trip to the Netherlands to celebrate her 25th birthday with her 52-year-old boyfriend and family before she was killed. 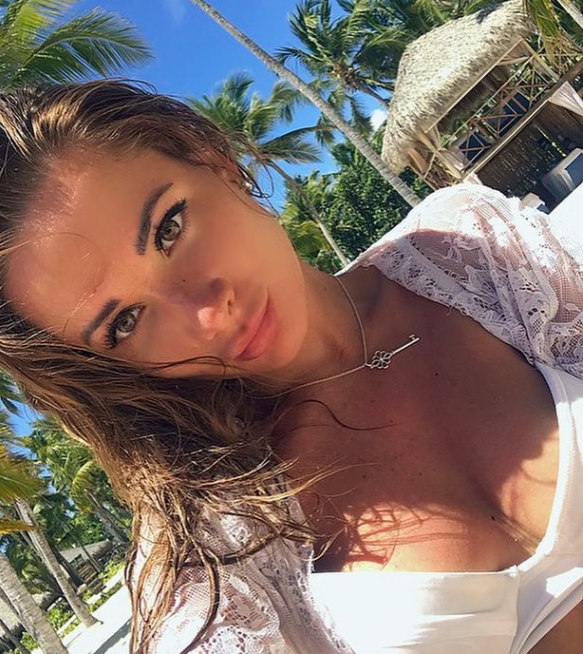 When her parents didn't hear from her and she didn't respond to them for several days, they grew concerned and contacted her landlord to gain access to her apartment. Once inside, her parents found her body inside a suitcase with her throat slit. She was wearing only a suspender belt .

According to police reports, there was no sign that Karaglanova struggled before her death and no weapon was found at the crime scene.

Investigators are currently looking into the case, citing jealousy from a former boyfriend as a possible motive.

It has now emerged that she was being blackmailed over nude pictures which had been sent to her university classmates, according to a friend. Investigators say that she had worked as an escort to pay her way through her medical studies and that the explicit photos were linked to this.

CCTV footage shows a man entering and later leaving the flat where Karaglanova was found dead and investigators are checking if the man is a "jealous former lover". 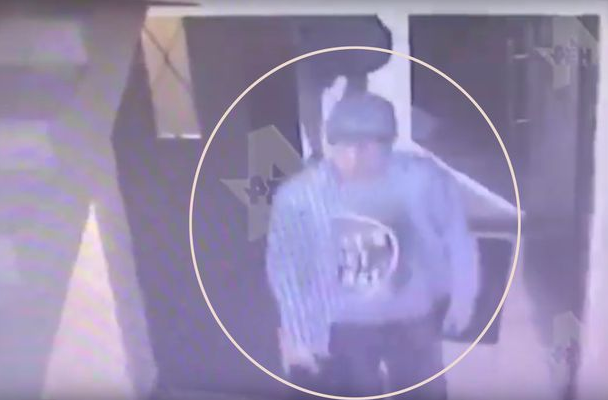 Russian channel REN TV obtained the CCTV footage. In it, the man is seen entering the block of flats with his face hidden by a cap. Four hours later the man left with a smaller suitcase and it is believed that he removed her bloodstained clothes and a weapon used to slit her throat and stab her twice in the chest.

The man shown was wearing gloves despite it being 27C outside on Friday when police say she was killed. 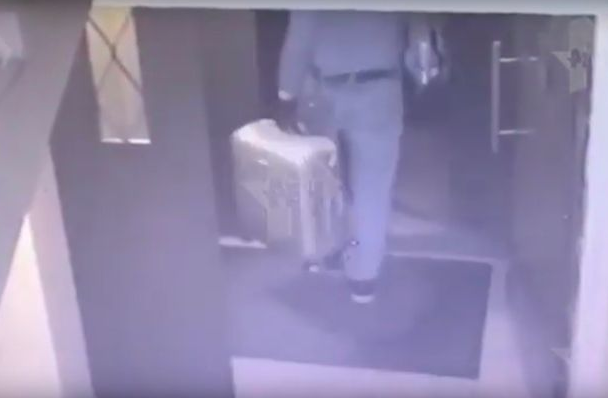 Detectives described the crime scene at Ekaterina’s flat as spotlessly clean with no traces of blood and say there were no signs of a fight.

One theory is that the killer had put her corpse in a suitcase intending to remove her body from the flat but then realised he might raise suspicions. He then decided only to remove her bloodstained clothes and the murder weapon.

The friend said: "She wrote that she could be killed. But I was comforting her, [telling her] that they would do nothing to her. I cannot believe that Katya [Ekaterina] not here any more."

Another friend named Nina said she was being blackmailed by "unknown people" over naked pictures, according to KP . Threats were coming from "dodgy" accounts on a Russian social media network, she said.

"They were saying she was a prostitute."

Committee official Yulia Ivanova said an investigation was underway to "establish all the circumstances of the committed crime and at detaining the person involved in it".

Ekaterina had been a beauty pageant contestant in Moscow as well as qualifying from the prestigious Pirogov Russian National Research Medical University. She had started working as a medic in a hospital in the city after she graduated as a doctor specialising in dermatology.
Tags
CELEBRITY