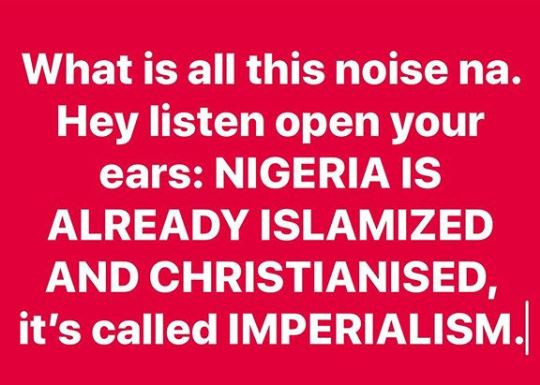 Seun Kuti, son of late Fela Kuti has weighed in on controversial RUGA settlement proposed by the federal government to deal with the incessant farmers/herdsmen clashes across the country.

Accordinng to Seun, 'Nigeria is already 'Islamized and Christianized'.

He explaned further saying, 'ranches don’t Islamize, Mosques do!! You don’t want ranch but you want abattoir? You hate Islam because you prefer Christianity but you aren’t Pan African? You basically prefer western imperialism to Arabic imperialism but imperialism is ok? As long as u are open to imperialism, you can’t stop imperialism'.
Tags
CELEBRITY