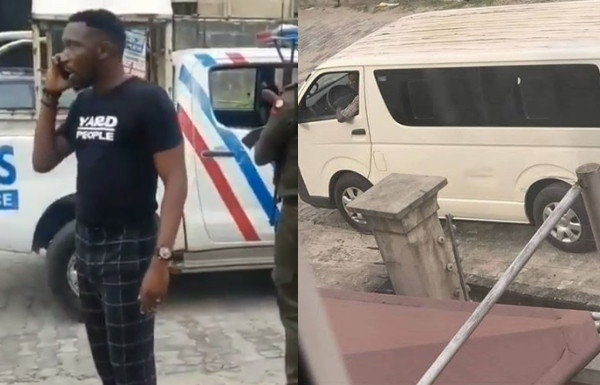 The Rapid Response Squad (RRS) were right on time to stop Timi Dakolo and his wife, Busola from being taken by armed policemen to Abuja over allegations of criminal conspiracy, falsehood, mischief and threat to life.

Timi Dakolo had shared the letter of 'invitation for questioning' which according to him, came after Pastor Fatoyinbo allegedly bribed investigating officials to delay summons, and also pushed for the case to be transferred to Abuja.

However the armed policemen were stopped from taking away the singer and his wife by RRS officers. End SARS campaigner, Segun Awosanya tweeted that the policemen sent to "abduct" Timi Dakolo and Busola, are now under investigation. See his tweets;

Here is a video from Timi Dakolo's house;