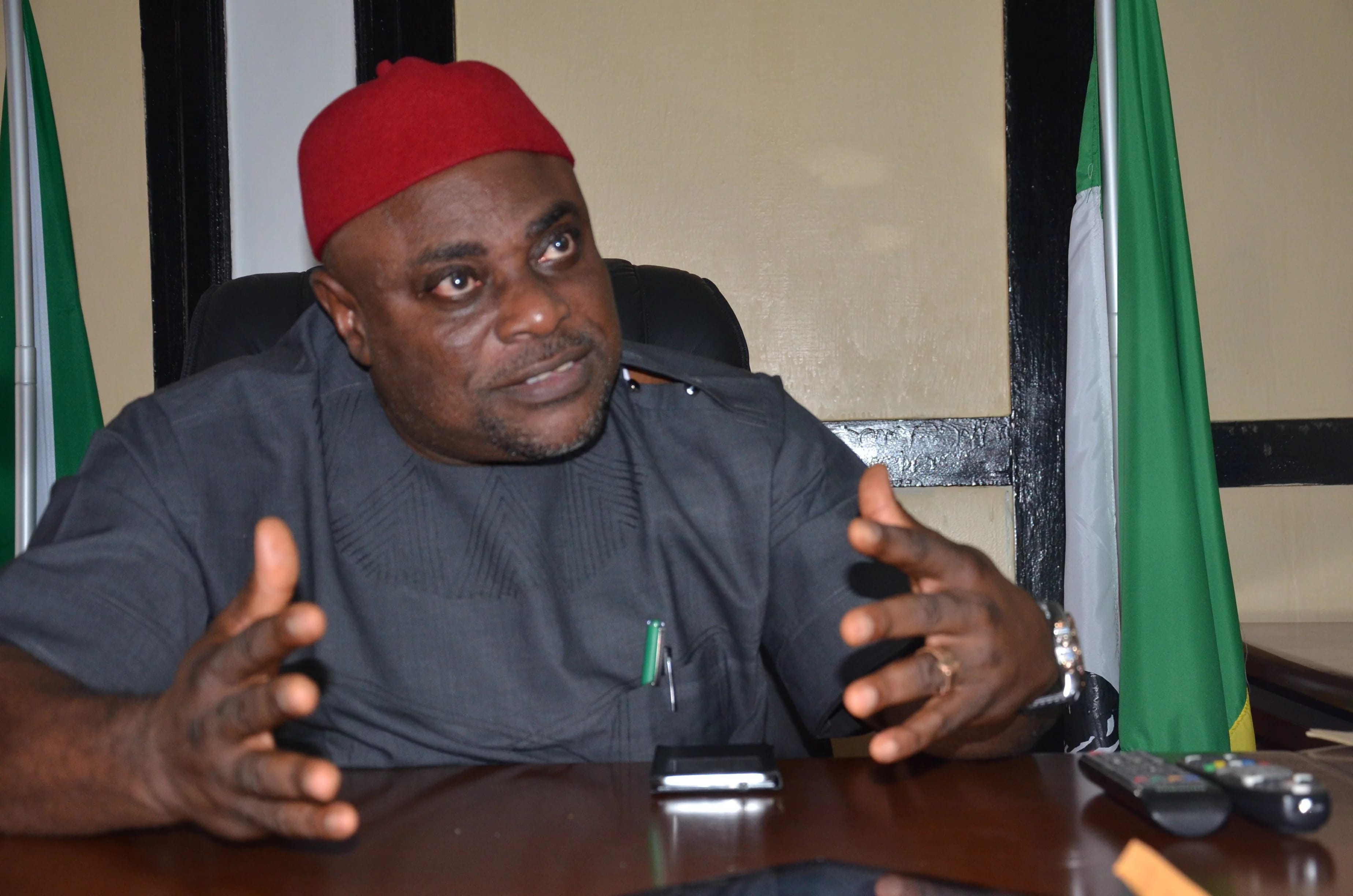 The National Chairman of the All Progressives Grand Alliance (APGA), Victor Oye, has said the current crisis rocking the leadership of the party is a mere smokescreen by individuals wanting its 2022 governorship ticket in Anambra State.
DAILY POST reports that a former national chairman of the party, Senator Victor Umeh, in a well-circulated letter to Governor Willie Obiano, accused Oye of financial impropriety, especially during the October last year’s primaries of the party.
Addressing journalists in Awka, yesterday, Oye claimed that most of the key players in the mudslinging against him were persons who have outlived their days and relevance in the party, but have insisted on remaining in charge and to drag APGA down with them.
He also said the party’s last national convention in Awka, which was witnessed and observed by senior officials of the Independent National Electoral Commission (INEC), officially re-elected him and other national officers, in accordance with the party’s extant rules.
“The INEC chairman was represented by a director, Prof. Anthonia Simbile, two assistant directors, and one Head of Administration. We had 1650 delegates drawn from all states and geopolitical zones of the federation. “We also approved a new party constitution, as approved by the NEC and Convention. The Convention of the party is our highest decision making organ and it implies that any decision taken by the Convention supersedes whatever other decisions taken by any other organ of the party,” Oye emphasised.
He stressed that the allegations against him were all about the next Anambra State governorship election ticket.
Oye insisted that his accusers actually wanted to control the politics of the state, as they are afraid their governorship ambitions would not fly with him, in view of the announcement by the party that it has zoned the position to Anambra South senatorial district.
“They had wanted to remove the national executive and install a stooge as the new national chairman, someone they would continue to manipulate and control, someone who would just be a figurehead, while they stay by the side remote-controlling and dictating to him.
“That was why they opposed my return as national chairman, to move the position to another state, pick and foist their stooge and puppet on the party.
“So, the vitriolic attacks against me are all about Anambra 2022 governorship election ticket,” Oye said.
Tags
NEWS