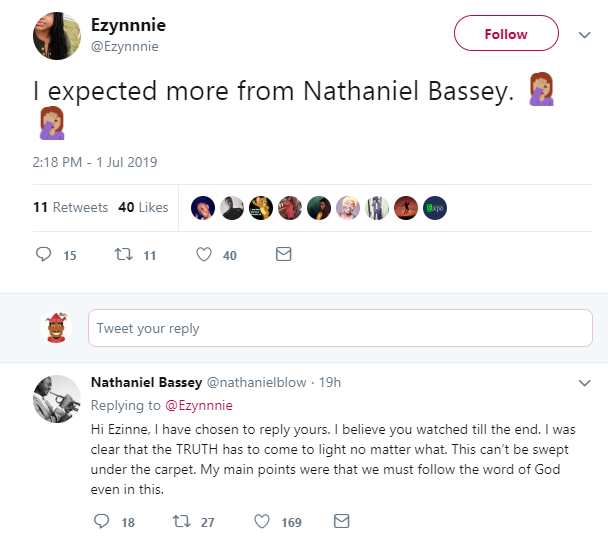 A Nigerian lady has reacted to gospel singer, Nathaniel Bassey's comment on the rape allegation against Pastor Fatoyinbo by Busola Dakolo.

The lady idenified as Ezinne, tackled Nathaniel with Bible passages as she called him out for not condemning what the COZA founder allegedly did out-rightly.

According to Ezinne, the gospel singer said in his IG live session that he wanted to call Timi Dakolo and ask if bringing a lawsuit against a believer is the right way to seek justice.

She stated that Nathaniel Bassey forgot that there is a bible passage which said 'rebuke publicly all those who commit sin, so that the rest may be afraid". She also revealed that the punishment for rape in the bible, is death.

Read her tweets below; 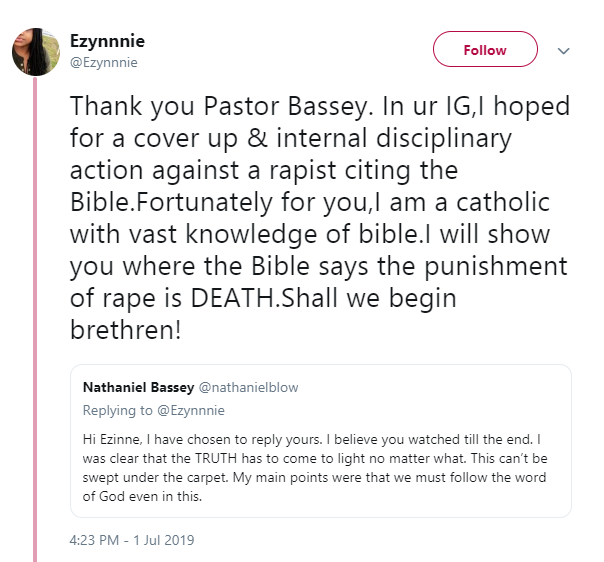 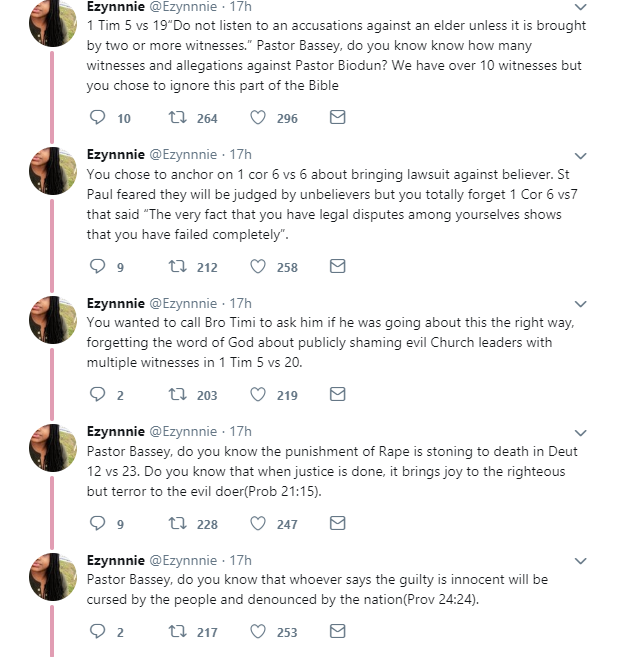 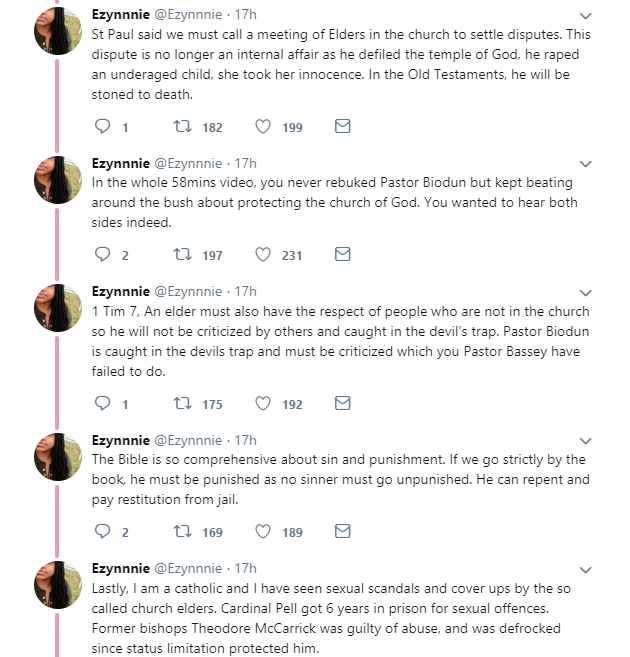 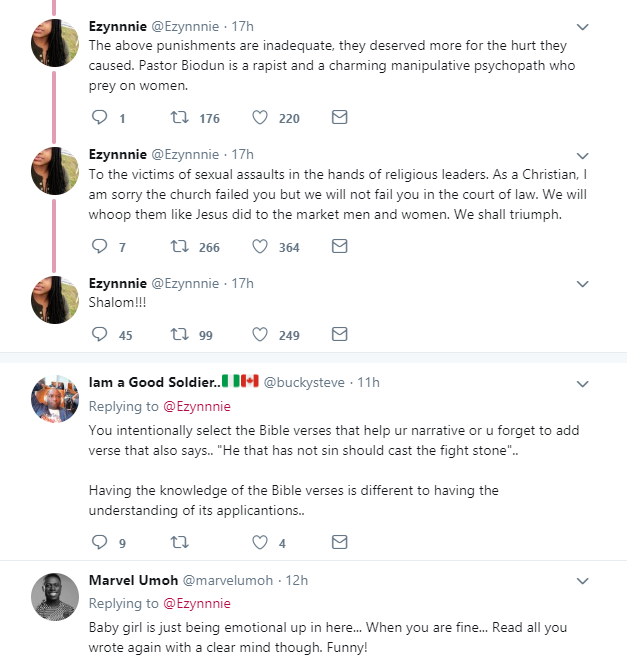 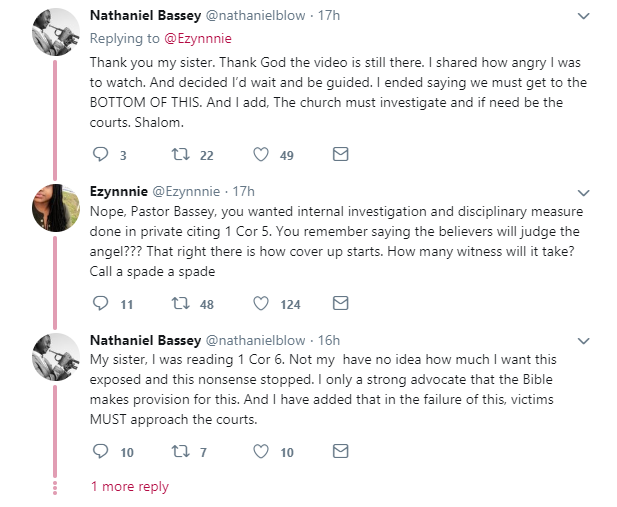