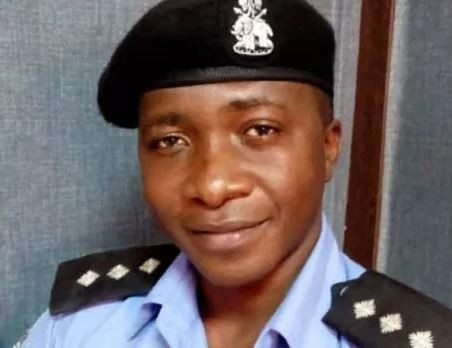 On Friday, angry residents of Otto in the Ebute Meta area of Lagos attempted to force a suspected kidnapper to take sniper and mixed cement.

The suspect was reportedly found with a five-year-old girl but could not explain how he came about her during interrogation. The residents said they brought sniper and mixed cement for him to drink as a means of punishment.

A local security guard in the area identified as Agbodemu Ishola said that it took the intervention of the police to save the suspect from being lynched.
According to him,

“some of the residents nabbed a young man who was with a five-year-old girl. He was a strange face in the community as nobody could say he or she knew him. When we interrogated him, he was not giving convincing responses.

“He didn’t even know the girl before but he was seen playing with her. One of the residents raised the alarm and in few minutes, a mammoth crowd surrounded him. Of course, I am sure you know how populated Otto is.
“We immediately called the security operatives, but before they came, some of the residents insisted on jungle justice but we had to stop them. Even the intervention and pleas from the Otto chiefs failed. When the security operatives came in about six patrol vehicles, the crowd kept shouting and throwing weapons. After much persuasion from Area C Commander, they relaxed.”

When contacted, the Public Relations Officer of Lagos State Police Command, Elkana Bala, said he had not been briefed about the incident.
Tags
NEWS