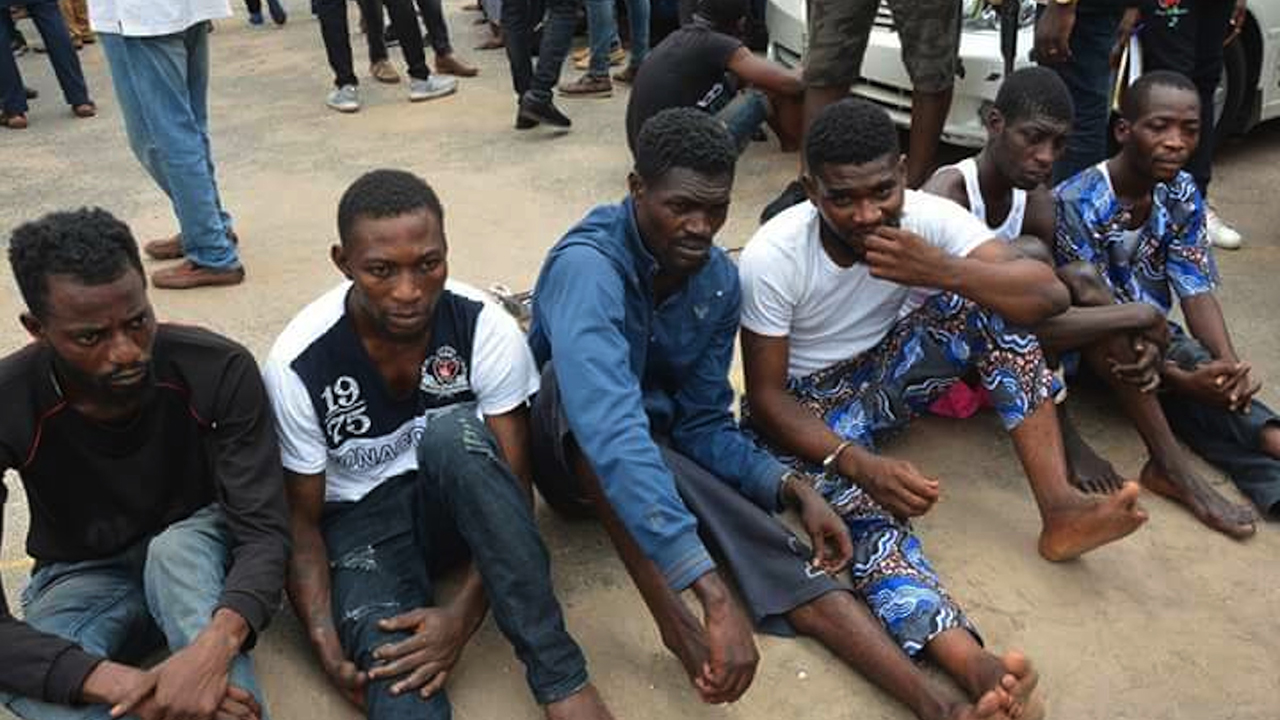 The police command of Lagos state has announced the arrest of a 19-year-old member of a confraternity group called Aiye in Bariga, Lagos.


The spokesman of the command, DSP Bala Elkana, disclosed that his men of the Bariga Police Division apprehended the suspected cult member on June 26, at Odo-Eran Street, Bariga.

He explained that the suspect has been on the lookt since the murder of one Ojo Taiwo in February 2019, at Bariga.

He ran away after leading his gang to carry out the murder.

“The cult members arrested are responsible for series of violent attacks and robberies in Bariga. The suspects will be charged to court on completion of investigations,” he said.

Elkana said the police anti-cultism team of the Bariga Division, also on June 27, at about 2.14pm, acting on a tip-off, arrested a 26-year-old indigene of Ughelli North, Delta State, at Ago Hausa Street Ajeromi, Ajegunle.

The police spokesman said that two Beretta Pistols with three rounds of live ammunition were recovered from him.
Tags
NEWS