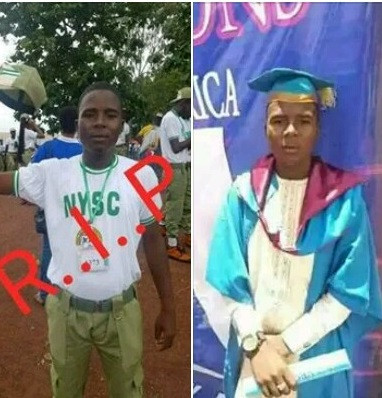 Bashir Bello shared the sad story of a Corps member who was shot dead by armed robbers along Abuja-Kaduna highway four days ago.

Usman Yunusa from Makarfi town, Kaduna state was orphaned at a tender age. By dint of hard work and determination, he sponsored himself through Bayero University Kano and graduated with a B.Sc. in Political Science. 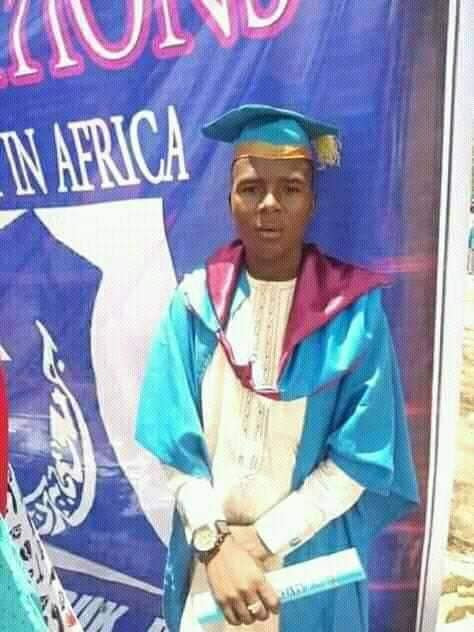 He was posted to Cross River State for the compulsory one year national youth Service programme. Yunusa was on his way to his hometown when they were ambushed by armed robbers along Abuja-Kaduna highway. While other passengers managed to escape, he was hit by bullet fired by the robbers. Read the post below:

THE TRAGIC STORY OF USMAN YUNUSAMakarfi is a sprawling town in Kaduna state and has produced prominent indigenes amongst whom was the former two-term Kaduna State governor Ahmed Mohammed Makarfi. The town work up to with the tragic story of the death of a young man most loved by many for his good character and conduct. It was indeed a day of mourning for the community as they come to term with the reality of his sudden demise.
Usman Yunusa was a native of Makarfi town. Orphaned at a tender age, he struggled throughout his life to make ends meet. He was hardworking and industrious. He saw through his education by dint of hard work sponsoring himself up to the university, where he graduated from Bayero University Kano with a B.Sc. in Political Science. His joy at graduation knew no bound as he clad himself in his ceremonial gown to receive his well-earned degree.
He was posted to Cross-River for his Youth Service earlier this yer, but unknown to him, not only joy, but his life would come to a tragic end. Three days ago, on their way to Makarfi from Cross-River, they were attacked by daredevil ar,ed robbers along the Notorious Rijana Junction by Abuja-Kaduna highway, where he was hit by a bullet fired by the robbers.
He was fast asleep at the time the bullet hit him and he passed away from his sleep. The incident, which occurred at around 3:am was as anyone could have imagined. One of the survivors of the atack narrated that they ran into the armed robbers who laid an ambush and suddenly came under fire without any provocation. At the time, the victim was fast asleep. They only noticed thst he was hit after they managed to escape from the robbers. He did not even move from his sleeping position when he was hit.
The sad really of this tale is that the tragic story of this struggling young man did not even made a headline in our tabloids.He has since been laid to rest. May his soul rest in peace Amen. 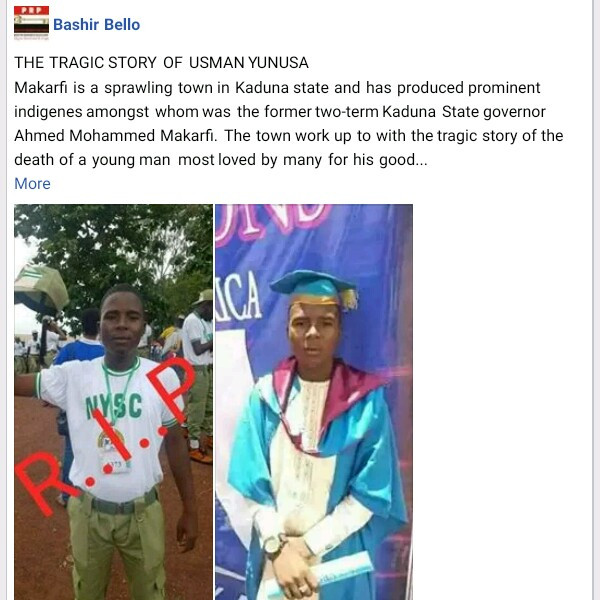