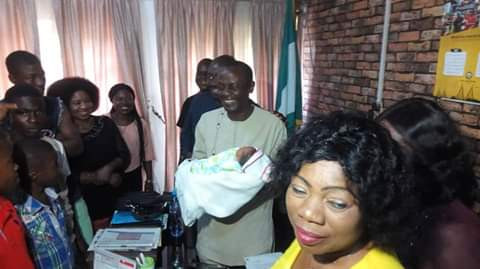 The Transition Committee Chairman of Awka South Council Area, Mr. Leo Nwuba has handed over an abandoned boy picked up by good samaritans at the back of Girls Secondary School, Amaenyi, Awka to the Ministry of Social Welfare, Children and Women Affairs.
The hand over took place at the Local Government Headquarters Awka.
Four children between the ages of nine and fourteen years discovered the abandoned baby while on a snail hunt at about 10pm Last Saturday.
They were also at the Local Government headquarters to identify the child before the handing over for proper care. 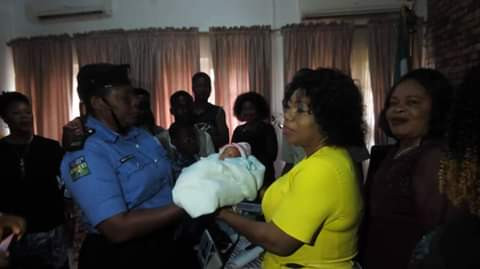 The child was dumped at an erosion site behind Girls Secondary School, Amaenyi Awka, suspected to be immediately after birth where the children found it in a black sack and alerted their elder sister who quickly took the baby to a hospital for immediate attention before handing him over to the Local Government.
Tags
NEWS