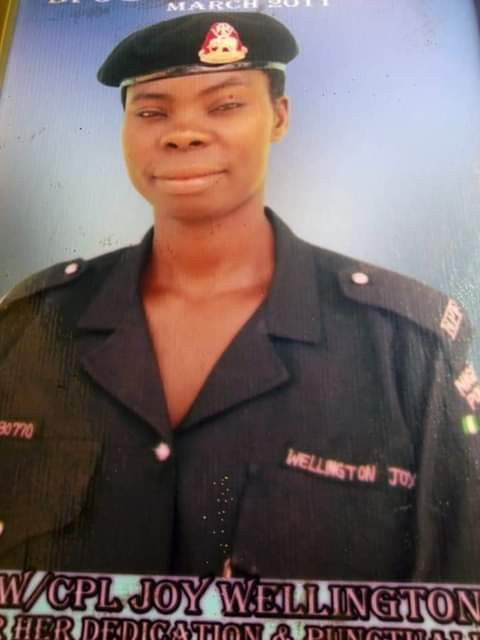 The officers that were killed include a Divisional Police Officer (DPO), a pregnant policewoman and two policemen who were on duty. One of them has been identified as CPL Joy Wellington

According to reports, no civilian was killed in the attack as there were no detainees in the station at the time the gunmen carried out their operation. The attack was carried out about 2:15 am on Monday and lasted for about an hour.

The spokesperson of Bayelsa State Command, Asinim Butswat, who confirmed the incident said he is waiting for the approval of the Commissioner of Police before issuing an official statement. 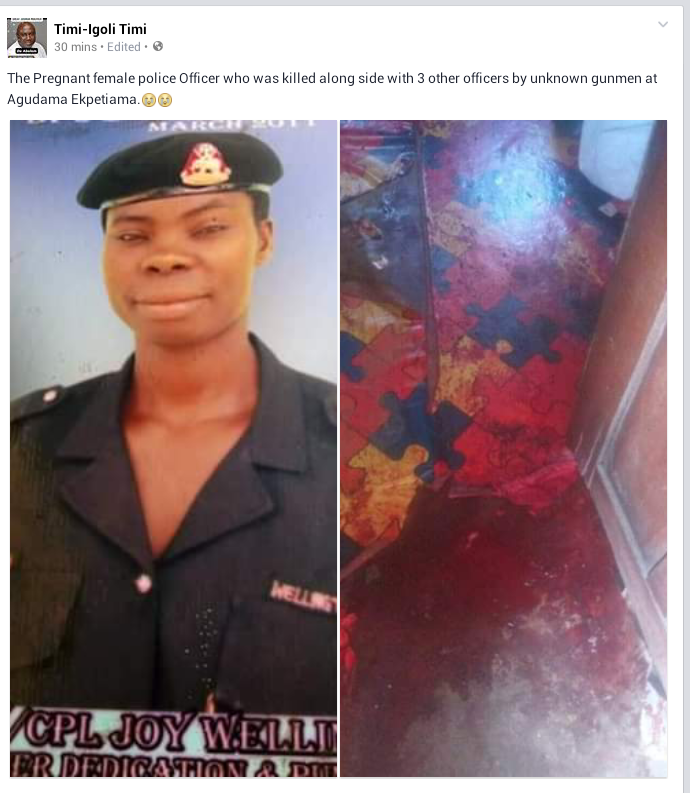