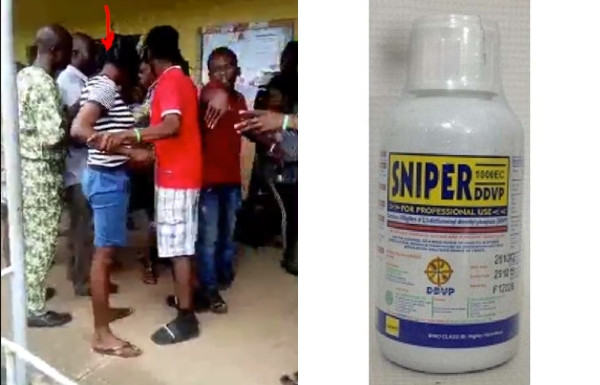 A bizarre incident occurred at Obafemi Awolowo University, Ile Ife, Osun State, as a student of the institution poured a Sniper insecticide on her bunk mate's mouth and face over a past miunderstanding.

Prior to the near-poisoning, the duo had engaged in a fight that was settled by the school's porter. Another fight however ensued today, after the victim of the sniper-poisoning fell sick and couldn't tidy up her corner at the Mozambique Hall hostel.

A heated argument between them, led to pouring of sniper in the mouth of the sick student who has been rushed to the OAU Teaching Hospital. Here is a video from the scene of the incident which attracted other students of the school;