Nigerian man, Amos Gabriel who was jailed two months ago in Singapore for fraud has been charged to court again for cheating co-prisoner 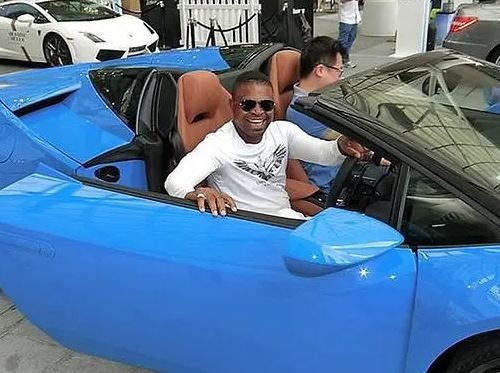 A Nigerian man who was jailed two months ago over a scheme to swindle Citibank in New York City has been charged to court again today, July 31st for a fresh offence of cheating.

Amos Paul Gabriel, 48, was charged via video-link for cheating a person named Milled Ed Khouri, who was at Changi Prison Complex between January and May last year with Amos. He is accused of deceiving the victim into delivering  (S) to another person by telling him the money would be used to post bail for him.

Amos is currently serving a three-year jail term meted out on May 16 for money laundering and traffic offences. He was involved in a broader money-laundering scheme involving transfers of about USmillion to accounts in the United States, Australia, Japan, China, Hong Kong and Korea.

District Judge Terence Tay asked Amos on Wednesday via video-link how he intends to plead. "I'm not pleading any charge," Amos replied. "I think I need to talk to my lawyer. I have a lawyer but I'm not aware of this case. I only received the information last night that I'm coming to court."

In response, the judge answered, "you should be aware by now, because you are now in court, there are a lot of people here looking at you."

He granted Amos an adjournment to speak to a lawyer. He will return to court on August 28. If convicted of cheating, he faces up to 10 years' jail and a fine.
Tags
NEWS