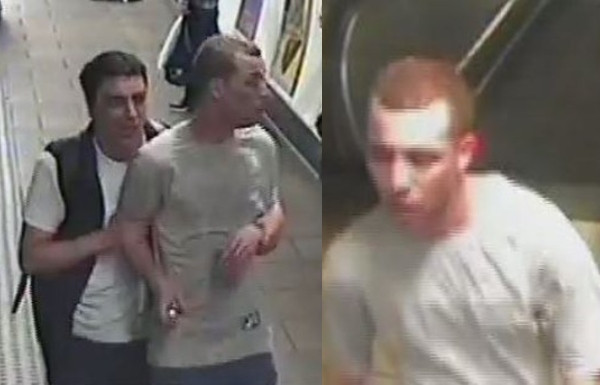 A manhunt to arrest the two men behind the tear gas attack in a packed tube train at Oxford Circus station at 9.13am this morning, has been launched by the police.

Passengers were treated by paramedics for coughing and shortness of breath after the pair released what the British Transport Police believe to be “CS gas.”

"We had just left Green Park when there was some commotion in the next carriage but we couldn't tell what was going on - we thought maybe someone had got their bag stuck in the door.
"Then these two men came through the door between the carriages and were stumbling, we thought they were drunk.
"That's when everyone started coughing and moving away, it wasn't nice. My initial thought was just to get away from it and I was hoping no-one would press the emergency alarm so we wouldn't get stuck.
"As soon as we got to Oxford Circus we just ran away, I didn't want to risk being near it, so we went and got on the Bakerloo Line.
"We've told the BTP about it and they might potentially need a statement, and TfL told us it wasn't toxic on Twitter." 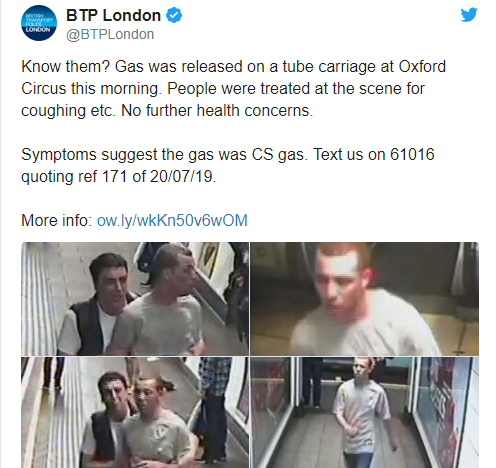 Stills from CCTV footage of the two young white men linked to the tube train incident, have been released by the police. It also stated that there are no further health concerns for those affected.