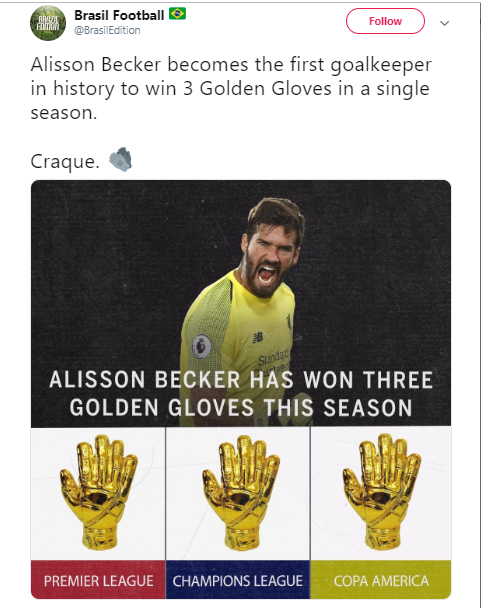 Liverpool and Brazilian star, Alisson Becker, 26, is set to receive his third trophy which will make him become the first goalkeeper to win three Golden Gloves in one season having kept five clean sheets in the Copa America.
The Liverpool No 1 will be awarded the trophy which is given to the goalkeeper with the cleanest sheets with the final between Alisson's Brazil and Peru still to come on Sunday evening. 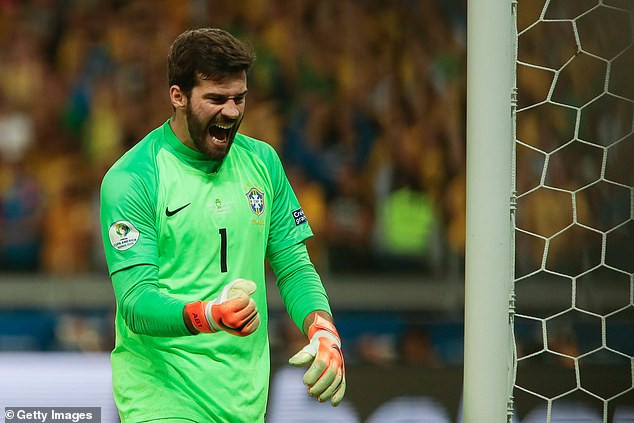 The former Roma goalkeeper who was bought last summer for million by Liverpool has so far kept nine clean sheets in a row for club and country.