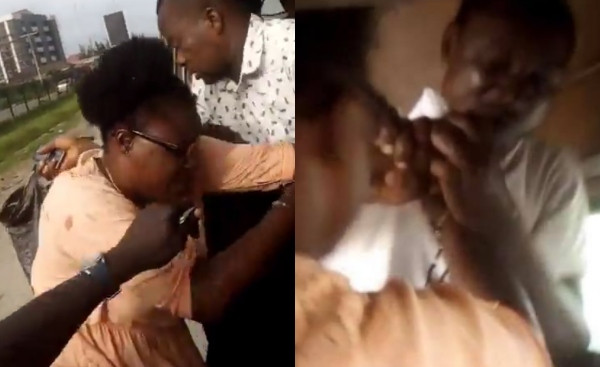 Drama ensued in a bus in Lagos, as a lady fought dirty after she was allegedly sexually harassed by a co-passenger.

Sadly it was the lady who fought back after a co-passenger allegedly sexually harassed her that was left behind after the bus driver drove off. Sharing the video, Instagram user @Tolulopelonge wrote;

The craziest thing happened today. This woman claimed the man touched her and just went berserk in the bus. Conductor and passengers had to find a way to discharge her