If I'm afraid to speak the truth irrespective of whom it is after 58 years, then I have failed - RMD writes as he celebrates birthday 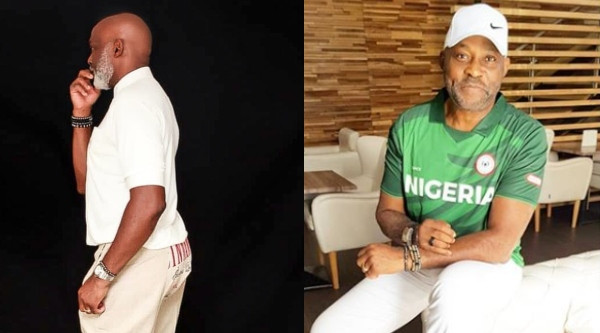 Richard Mofe-Damijo a.k.a RMD who turned 58 today, reflected on his years as he thanked Nigerians for giving him the best birthday week, ever.

The veteran actor revealed that he has never been prouder of being Nigerian than he is now because this week has been a harvest of protests that have brought positive results. He added that if after all these years he is still afraid to speak the truth irrespective of whose ox is gored, then he has failed,

RMD admitted stumbling, falling, taking wrong turns, making dreadful mistakes and errors. He however stated that it has been 58 years of God’s consistent grace and mercies. He wrote;

The thing about getting older is that with each passing day you know yourself better, find your voice more and generally become better aware. It’s been 58, years of stumbles, falls, wrong turns, dreadful mistakes and errors but in all, they have been 58, remarkable years of God’s consistent grace and mercies.
If after all these years I am afraid to speak the truth irrespective of whose ox is gored, then I have failed, which is why I have never been prouder of being Nigerian than I am now because Nigerians have given me the best birthday week, ever. It’s been a harvest of protests that have brought positive results. It indeed gives me hope that even though a lot of young people in this generation are misinformed, misguided and scaringly shallow, a lot more have their heads in the right places and I am optimistic that it can only get better, so as I reflect on my years, I pray that Proverbs chapter 31, verses 8 and 9 will guide the remaining years of my life, Amen! #RMDSaysSo #RMD@58 #GratefulHeart #HappyMan#FulfilledLife