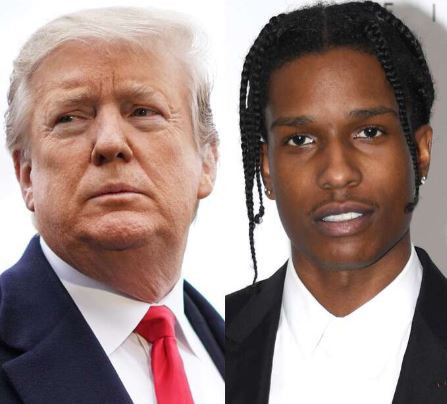 American rapper, A$AP Rocky has been held in Swedish police custody for weeks and now President Donald Trump has just revealed that he has been negotiating with the country to secure the New York rapper's release.

Trump in a Saturday tweet that comes one day after the Stockholm District Court decided the Grammy-nominated rapper should remain in custody for another week while prosecutors finish their investigation, said he spoke with Swedish Prime Minister Stefan Löfven to discuss Rocky's case.

"Just had a very good call with @SwedishPM Stefan Löfven who assured me that American citizen A$AP Rocky will be treated fairly. Likewise, I assured him that A$AP was not a flight risk and offered to personally vouch for his bail, or an alternative," President Trump tweeted.

A$AP Rocky, whose real name is Rakim Mayers, is being held in prison in Stockholm pending an assault investigation tied to an incident in late June.
Tags
CELEBRITY NEWS