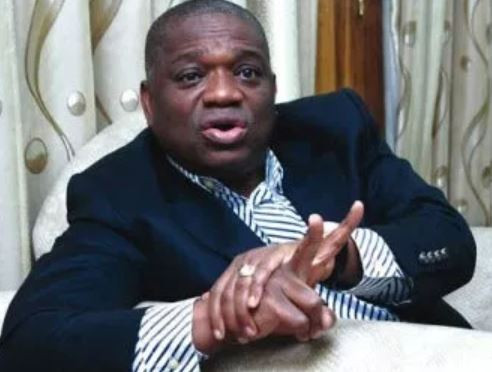 Kalu made the revelation while giving a speech on ‘The Mandela I Know’, at the 10th commemoration of Nelson Mandela Day organised by the South African High Commission in Nigeria at the University of Abuja.

Speaking, Kalu said Mandela played a crucial role in ensuring Obasanjo abandoned the idea of amending the Constitution, to enable him contest for a third term in office.

In his words, he said, “I recall my personal interactions with him (Mandela), especially during our national struggle to force President Olusegun Obasanjo to drop his plan to amend the Constitution of the Federal Republic of Nigeria and secure an extension of his tenure.
“Disturbed by the details, Mandela placed a call to President Olusegun Obasanjo and told him in clear terms that whatever his plans were, it was neither desirable for Africa. “That intervention, proved strategic to the leadership question in Nigeria at the time, leading to elections in 2007.”