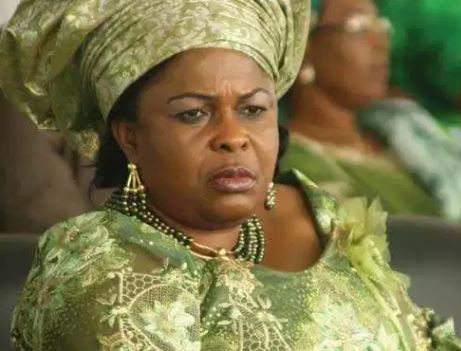 Four firms which the Economic and Financial Crimes Commission (EFCC) alleged were incorporated for warehousing proceeds of unlawful activities for Patience Jonathan have filed a notice of appeal against Monday’s judgment of the Federal High Court in Lagos which ordered the permanent forfeiture of the sums of m and N9.2bn to the Federal Government.

Magel Resort Limited, joined by Finchley Top Homes Limited, AM PM Global Network, and Pagmat Oil and Gas Limited are challenging the decision by the federal high court. The firms say they are challenging the entire judgment and are asking the appellate court to set it aside and return the forfeited funds to the accounts of the appellants.

Through their lawyer, Mike Ozekhome(SAN), they filed 6 grounds of appeal, seeking to set aside the judgment of Justice Mojisola Olatoregun. In their six grounds of appeal, the appellants, argued that the Federal High Court occasioned a miscarriage of justice when it assumed jurisdiction to hear the motion for the final forfeiture of the funds and relying on the “speculative depositions” of the EFCC against the clear evidence of the acquisition of income and proofs by the appellants.

The appellants argued that the federal high court judge granted the final forfeiture order ”without deciding as to whether the appellant had shown sufficient cause which would have warranted it to discharge its earlier interim forfeiture order before proceeding with the suit”.

The appellants further argued that the lower court erred by granting the final forfeiture order while its jurisdiction was still being challenged. They also say that the court was given uncontroverted evidence of how the monies domiciled in their accounts were made and they therefore discharged the burden placed on them by Section 17 of the Advanced Fee Fraud and Other Related Offences Act of 2007.
Tags
NEWS