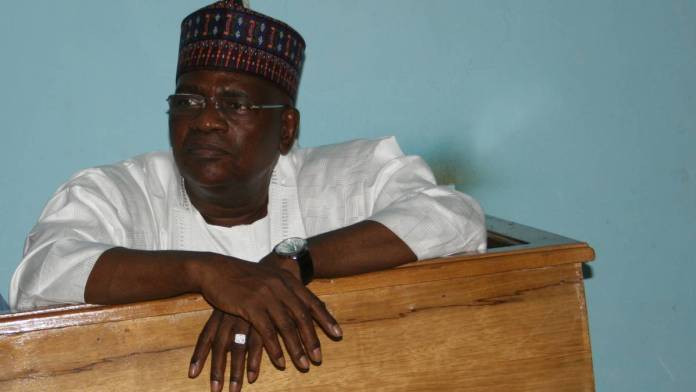 The Nigerian government has withdrawn the corruption charges it filed against Senator Danjuma Goje, over an alleged mismanagement of funds when he was the Governor of Gombe State.

The application to withdraw the corruption charges against Goje which was granted by a Federal High Court in Jos, came weeks after he agreed to step down for Ahmed Lawan as Senate President.

Daily Trust reported that an official from the office of the Attorney General of the Federation, Pius Akutah, filed the application to withdraw the charges against Mr Goje before the court on Friday.

“My Lord, we have an application having taken over the case and reviewed the 21 count charges of no submission and by the ruling of this court quashed 19 leaving only two count charges in which they are to enter defence.
“As it is, the Federal Ministry of Justice wishes to withdraw those two charges against the accused persons This action is in line with the power vested on the AGF by virtue of section 128 of the Administration of Criminal Justice Act 2015 particularly sub section 1 of that section (128).”
“It’s in accordance with the power vested on the AGF by the constitution that we wish to withdraw the charges before your Lordship. This is our humble application and urge your Lordship to grant our application,” the official reportedly said.

The application which was not opposed by Senator Danjuma Goje’s counsel, Adeniyi Akintola, was granted by Justice Babatunde Quadri.

“The application by the AGF to withdraw the charges is hereby granted. The accused persons are hereby discharged,” he said.