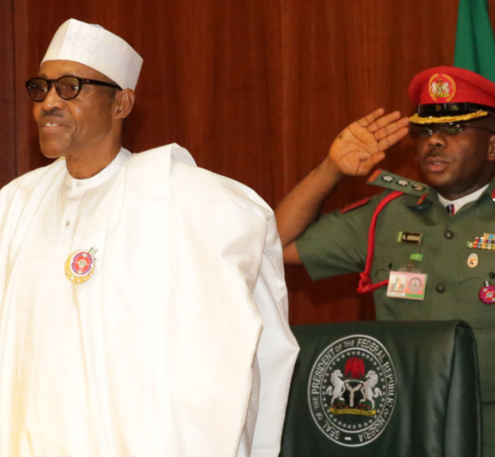 The Father-in-law to President Buhari’s ADC, Musa Umar, who was kidnapped in Katsina state two months ago, has regained his freedom.

Umar was on his way out of the mosque in Daura, when some men riding in a Peugeot 406 and armed with guns, ambushed him and took him away.

Confirming his release, a security source within the Presidency said Umar who is the Magajin Garin Daura, was rescued in Kano state.

The traditional ruler who is the father of Fatima Musa, wife of Colonel Mohammed Abubakar, the Aide de Camp, ADC, to President Muhammadu Buhari, was a retired customs comptroller.
Tags
NEWS