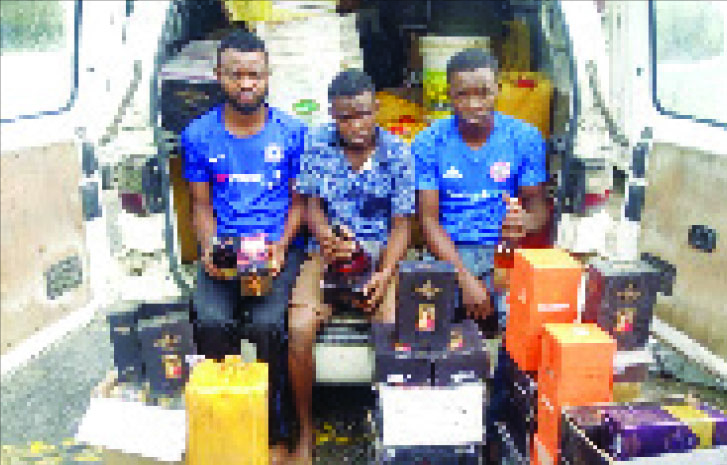 Three alleged suspects have been arrested for specializing in the production of counterfeit drinks which includes Hennessy Vsop, Hennessy Xo, Moet Chandon, Jack Daniel, Remy Martins, Red label among others.


The suspects were arrested at an unlawful factory sited at No. 5 Chapel street off Apongbon, Lagos Island, they are Dare Shittu, 29; Shittu Abdulsalam, 19; and Oyenuga Biola, 29.

The three suspects confessed to the crime and another member of the team, Fatai Shittu, is still at large.