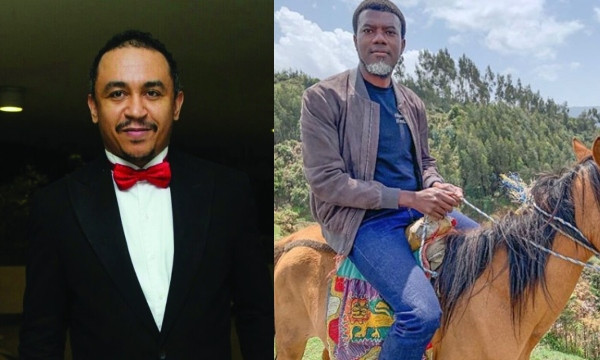 Daddy Freeze who reacted to Japhet Omojuwa's claim of Reno Omokri taking money to defend Pastor Fatoyinbo over the rape allegation against him by Busola Dakolo, has debunked the claim as he stated that some do it for their conscience and adherence to scriptural guidelines.

According to the media personality, those attacking Reno Omokri never asked if the former Presidential spokesperson who fights his friends when he believes they are wrong, took money to campaign for Leah Sharibu's release. Daddy Freeze further advised that we should all be slow in accusing one another, especially when there is conflict of opinions of sensitive matters.
He wrote;

Reno that even fights his friends when he believes they are wrong.... Is this the same Reno they are now accusing of collecting money from Fatoyinbo? Is that not how they said he was paid to do #FreeLeahSharibu?
Guys, not every Nigerian does things for money. Some do it for conscience and for adherence to scriptural guidelines. Reno can be quite passionate, while the issue at hand is extremely delicate.
However, let’s be slow to accuse one another of being compromised, should a conflict of opinions on sensitive matters arise. ~FRZ