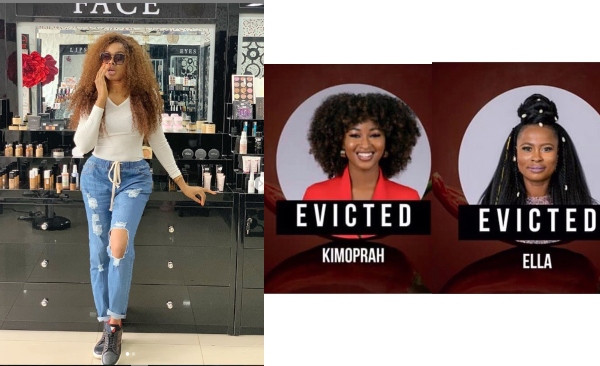 Princess, the 2018 Big Brother Housemate in what seems to be a walk back to the memory lane advised newly evicted 2019 housemates of same reality show to cut off negative friends, family members.

Her advice came in the second week of the reality show that has seen Ella, Kimoprah, Avala and Isilomo evicted, and she also recounted her experience of being evicted early/first in biggies game.

Princess noted that there will be rounds of regrets, but added that the evicted housemates need to move past that as soon as possible and also surround themselves with positive people only. She wrote;

"Dear newly evicted housemates. I just wanna say this to you. As someone that had the experience of being evicted early/first in biggies game. .Be sure that you will feel sad , angry…if not immediately, soon.
You will wonder why you were evicted,what happened to all the people “that said they GAT YOU”….oh well now you have seen for yourself.
Dont spend too much time regretting,wishing..the urge will come. But you need to move past it as soon as you can. .Surround yourself with positive people ONLY.
Cut off any friend,family member that calls you to tell you only the things you did wrong in the house. You dont need that now…it will weigh you down greatly. .Pls write down all the things you wanted to do before you entered the house. U must do this quickly and alone. As that will be your guideline through this journey. Or be sure to find yourself running around in a confused circle.
Alot of people will flock around u.mostly for their selfish gains. Be sure to Use them. Before they use you. .You will also get lots of promises,be sure to keep your expectations low and most importantly legs closed.
There is so much more to say. But most importantly just know that you will get there. And every ones path to success is very different from the other. .All the best.
P.s I didn’t say this to the earlier evicted house mates because theirs was purely luck. Not that they were voted out. In fact, I thought they would be called back but biggie had other plans i guess. PEACE .”