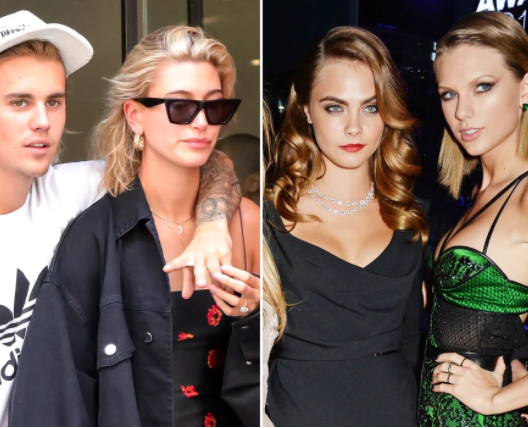 Taylor Swift took to Tumblr to write a post revealing that the master recordings of all her songs have been sold to talent manager Scooter Braun. She accused Scooter of being "manipulative" and "bullying" her over the years and expressed disappointment that she wasn't allowed to own the rights to her own albums but he was bale to buy them.

After her post went viral, Justin Bieber took sides with Scooter and shaded Taylor. Later, he issued an apology to Taylor but it wasn't really an apology because he went further to criticize Taylor in the apology while defending Scooter

His wife, Hailey Baildwin reacted to his half-hearted apology by commenting, "gentleman". 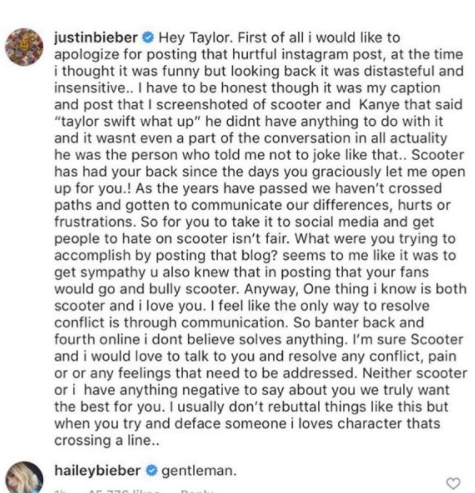 But model Cara Delevingne wasn't about to stand by and watch Justin Bieber and his wife bully Taylor Swift so she stepped in and cautioned them both. 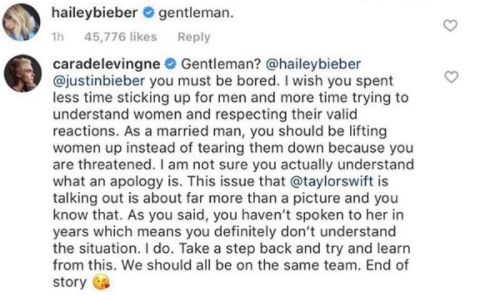