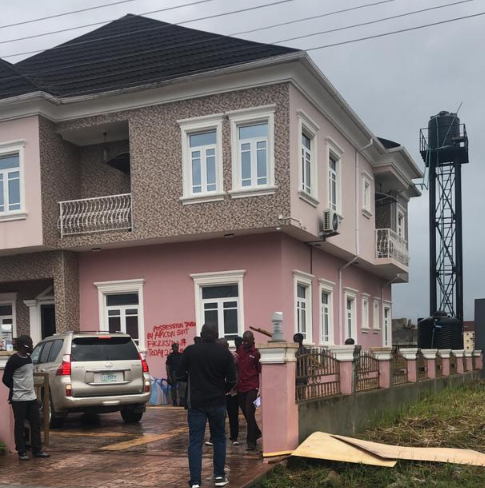 In a statement by the residents, 'our plight which has brought upon us untold hardship anguish and pain due to a combination of corporate fraud, unbridled abuse of power, and deliberately orchestrated inhuman treatment'.

We wish to state that categorically that the Asset Management Corporation of Nigeria (AMCON), some banks, the Awosedo family, and the Police are all culpable in this gross act of human rights abuse which has seen people being forcefully evicted from their homes using the instrument of government (the police), and faceless thugs! Below are the facts of the matter to further corroborate our position.